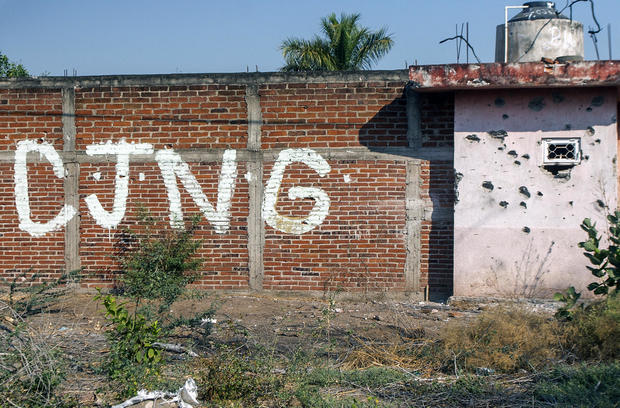 Authorities in Mexico confirmed Monday that a “lucha libre” wrestler had been found dead over the weekend in the north-central state of Guanajuato. The state prosecutors’ office said the body of a wrestler known as “Maremoto,” or “Tidal Wave,” had been found dumped behind a National Guard barracks Saturday in the city of Irapuato.

Local professional wrestling promotors canceled a planned match Sunday, citing the death of “Maremoto” and another wrestler known by his ring name, “Lepra,” or “Leprosy.”

“Out of respect for the relatives of our colleagues Lepra and Maremoto, and as a sign of mourning, our event Sunday Aug. 28 is canceled,” match promotors Promociones Freseros Brothers said in statement.

The prosecutors’ office had earlier confirmed the death of “Lepra.” Local media gave his real name as Salvador Garcia and said he may have worked a day job in the municipal government of Irapuato.

Because the sport is not well-paid, at least at the local level, many wrestlers work day jobs.

Both men were reported abducted in Irapuato last week.

Over the weekend, photos circulated on social media of a banner signed by the Jalisco New Generation Cartel that was found near one of the bodies.

The banner accused the two men — along with a third wrestler known by his stage name “Juventud Rebelde” who was gunned down in May — of working for a rival gang. The Jalisco cartel is known by its initials, CJNG.

“To the colleagues of the Lucha Libre profession, the CJNG has nothing against you personally,” the banner read. “The events involving Juventud Rebelde ‘Jerry,’ Lepra Salvador and Maremoto were direct attacks.”

The banner claimed they were involved with the Santa Rosa de Lima gang, which has been fighting turf battles against the Jalisco cartel in Guanajuato for years.

Lucha libre has suffered in recent years, especially during the coronavirus pandemic, when almost all matches were canceled, and an unusually high number of wrestlers died of COVID-19. But unlike norteño musicians, lucha libre wrestlers had until now largely escaped drug cartel violence.

Lucha libre wrestling is a quintessentially Mexican pastime. It’s the second most-followed sport in the country, after soccer.

The sport features theatrical stunts and a tradition of “rudos” — villainous, rule-breaking bad guys — and “tecnicos” — the handsome good guys.

In May, Mexican authorities announced they captured a suspected leader of the CJNG. Francisco Javier Rodriguez Hernandez, known as “El Señorón” or “XL” or “Frank,” was apprehended in the tourist city of Mazatlan, in the northwest state of Sinaloa, in an operation carried out by navy agents.

Mexico has been trapped in a spiral of cartel-related violence that has left more than 340,000 dead since 2006, when the government launched a controversial anti-drug operation with federal troops.

In April, Mexican President Andrés Manuel López Obrador confirmed that Mexico had dissolved a special unit trained by U.S. authorities to fight drug cartels because it was infiltrated by criminals.