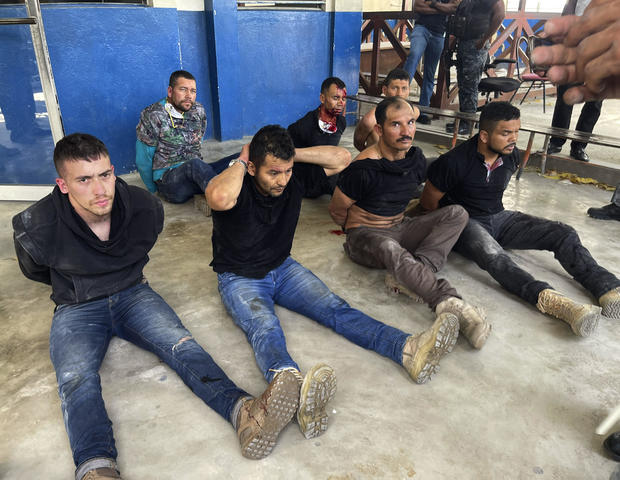 Haiti is a country under siege as the manhunt for the killers of President Jovenel Moïse ramps up. More than a dozen suspects have been arrested in the last 24 hours, and at least seven others have been killed.

Two of those arrested are a U.S. citizens from Florida, James Solages and Joseph Vincent.

Authorities are still trying to figure out why a hit squad of roughly two dozen men assassinated the president on Wednesday at his home. Moïse was shot 12 times in the head and body, while his wife was shot three times. Their daughter survived by hiding in a bedroom and managing to escape.

Former Haitian Prime Minister Laurent Lamothe has called for an international investigation into the assassination.

“This was a contracted hit to go ahead and kill the president, silence the president,” he told CBS News on Thursday. “The world cannot wait. It’s important for every nation’s security and for the country’s stability to get to those who have financed this assassination of the president.”

Moïse had become increasingly unpopular for clinging to power after his term expired in February. Protesters had been demanding his resignation for months before he was killed.

A new power struggle has since begun — and in the Haitian capital, the fear is palpable.