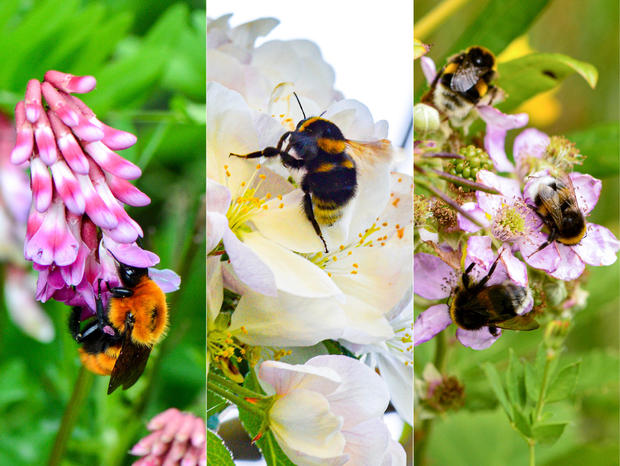 Bee species around the world are facing devastating declines , and researchers are warning that we are running out of time to save them. According to new research, up to 25% of known bee species haven’t been reported in global records since the 1990s, despite an increase in the number of available records overall.

Researchers at the Consejo Nacional de Investigaciones Científicas y Técnicas (CONICET) in Argentina, who published their findings today in the journal One Earth , studied bee data from 1946-2015, finding a shocking decline in the last three decades.

They said that the findings do not necessarily indicate that one-quarter of bee species are extinct. Rather, they may now be so rare that no scientist has observed them in nature for the last three decades.

“With citizen science and the ability to share data, records are going up exponentially, but the number of species reported in these records is going down,” lead author Eduardo Zattara said in a news release. “It’s not a bee cataclysm yet, but what we can say is that wild bees are not exactly thriving.”

Bee studies tend to focus on specific declining bee populations, but CONICET researchers were interested in mapping global trends, in order to better understand the declining biodiversity of the insect overall.

“Figuring out which species are living where and how each population is doing using complex aggregated datasets can be very messy,” Zattara said. “We wanted to ask a simpler question: what species have been recorded, anywhere in the world, in a given period?”

There are over 20,000 known bee species around the world, meaning that about 5,000 have been unaccounted for in recent decades. The decline varies widely among bee families — records of common halictid bees have declined by 17%, but records for the rare Melittidae bees have decreased by 41%.

“It’s important to remember that ‘bee’ doesn’t just mean honeybees, even though honeybees are the most cultivated species,” Zattara said. “Our society’s footprint impacts wild bees as well, which provide ecosystem services we depend on.”

According to researchers, bees are necessary to the yield of about 85% of all cultivated crops.

Despite their importance, humans have destroyed bee habitats — critical to their survival and diversity — for large-scale agricultural and urban development. Additionally, the 1990s saw the increased use of agrochemicals, only further compounding with climate change and the international bee trade, which is responsible for spreading diseases among bees.

Researchers warn that, by the time the community understands just how devastating the bee decline actually is, it may be too late to reverse it.

“Something is happening to the bees, and something needs to be done. We cannot wait until we have absolute certainty because we rarely get there in natural sciences,” Zattara said. “The next step is prodding policymakers into action while we still have time. The bees cannot wait.”

“Although our conclusions paint a stark scenario for bees, we do not want people fixating on specific values (e.g., of percent decline),” Zattara concluded. “Instead, we hope this study will bring the issue of bee diversity decline to the spotlight, and have scientists, policymakers, and many other stakeholders begin discussing how to take action to get better data and to address the drivers of this decline.”