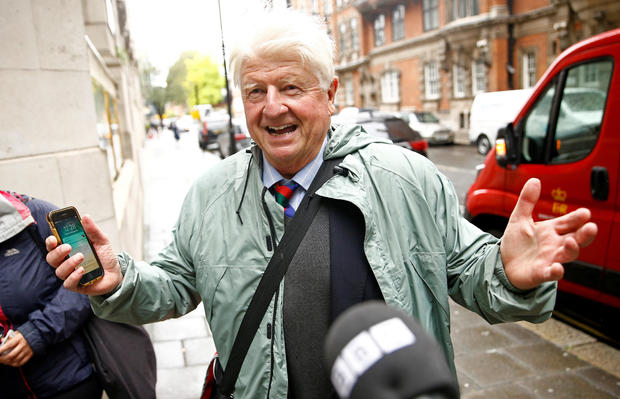 As Britain prepares to split from the European Union , the father of Prime Minister Boris Johnson appears to be seeking closer ties with the bloc by applying for French citizenship. Stanley Johnson told broadcaster RTL on Thursday that he was in the process of “reclaiming” his French identity.

“It is not a question of becoming French. If I understand correctly, I am French. My mother was born in France. Her mother was completely French, as was her grandfather,” he told RTL, which said Johnson is putting together a French citizenship request. “So for me it is a question of reclaiming what I already have.”

The elder Johnson, 80, is a former member of the European Parliament who backed remaining in the EU in Britain’s 2016 membership referendum. He has since expressed support for his son as the prime minister led the U.K. out of the bloc.

Once Britain leaves the EU’s economic embrace at 11 p.m. on Thursday, Britons will lose the automatic right to live and work in the 27 EU countries, but those with dual nationality will still be able to do so.