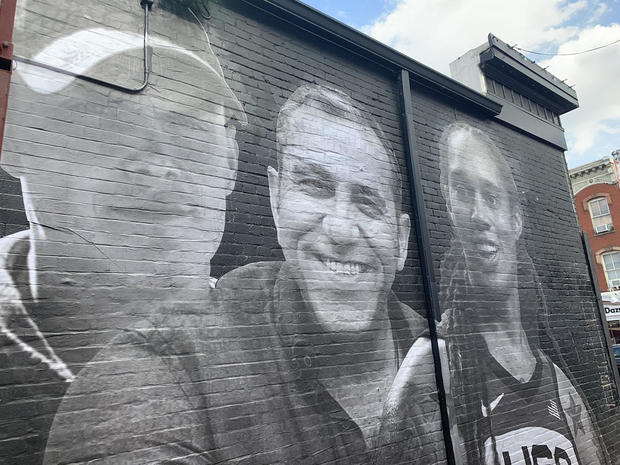 The Biden administration announced a new sanctions authorization Tuesday to target those complicit in hostage taking or wrongful detentions of Americans in an effort to bring those Americans home. But some families of American hostages, who were apprised of the executive action before it was announced, were unimpressed and viewed the White House outreach to them as a cynical ploy.

“In an effort to pre-manage the press attention from many hostage families being in D.C. this week to unveil their mural, the White House summoned families to a last-minute call they insisted families keep off-the-record and then proceeded to tell every reporter in Washington the call was going to take place,” Jonathan Franks, spokesman for Bring Our Families Campaign, said in a press release Monday.

The executive order authorizes agencies to impose financial sanctions on any “terrorist organizations, criminal groups, and other malicious actors” involved in hostage-taking or wrongful detentions. However, no new sanctions were announced along with the order.

Franks complained that the White House conversation with the families to inform them of the executive order was “one-way” and said that “the talk and chat functions were disabled and (the White House) didn’t seem to realize how triggering it might be for families to literally be silenced during a call like this.”

“Instead, the White House is taking executive action to direct itself to follow existing law,” Franks continued. “The families continue to await a reply to their requests for meetings with President Biden.”

The Bring Our Families Home campaign, founded to advocate for the families of American hostages and wrongfully detained Americans, wants more engagement for families with the White House, including meetings with the president. The campaign formed soon after the Biden administration secured the release of American citizen Trevor Reed from Russia in a prisoner swap. Mr. Biden had met with Reed’s parents at the White House a month before the swap took place, which has left other families wondering if they are being treated differently.

The call was set up as a webinar, so families were not able to see who else was on the call or ask questions of the officials, leaving the families frustrated according to two sources familiar with the call.

Families of hostages are in D.C. this week to unveil a new mural in Georgetown commemorating their loved ones.

A White House spokesperson responded to the BOFH statement saying, “We invited them to hear about new policy efforts we are launching to help bring their loved ones home. We wanted to share information with the families first before we announce them publicly, which the families deserve.”

A senior administration official acknowledged during a call with reporters that “using sanctions may not always help secure someone’s release, so we will therefore be judicious and strategic in our use of this authority.”

The case of WNBA basketball star Brittney Griner, who remains in a Russian prison, has brought renewed attention to the plight of American hostages held abroad and is exerting pressure on the Biden administration to take action to secure her release.

Griner’s wife Cherelle Griner called on the Biden administration to do more in an interview with CBS News.

“I will not be quiet anymore. I will find that balance of, you know, harm versus help in pushing our government to do everything that’s possible because being quiet, they’re not moving, they’re not doing anything. So my wife is struggling, and we have to help her,” Cherelle told CBS News on July 5. The president called Cherelle days later.

David Whelan, the twin brother of Paul Whelan who has been detained in Russia since December 2018, told CBS News he thinks the executive order is a step forward.

“It seems to be that this is the first concrete step towards deterrence that any U.S. government has made in relation to arbitrary detentions and wrongful detentions,” David Whelan said.

This Wednesday marks 1,300 days of detention for Paul Whelan. Every morning, his brother has monitored Russian media for news about him.

The food rations at Paul’s prison are being cut back because of sanctions and the rising costs, according to David.

“If Paul can get back and see my parents before they die, then I will feel like I have done a son’s duty,” said David.

David Whelan says that his family already has a list of perpetrators in his brother’s case that he would give to the administration to target.

“I think the families can hold the government responsible. Okay, so we’ve provided you with these names. Now take action. Now put the executive order into play.”

Burma, China, Iran, North Korea, Russia and Venezuela will all get the “D” risk indicator, according to a senior administration.

Camilla Schick contributed to this report.