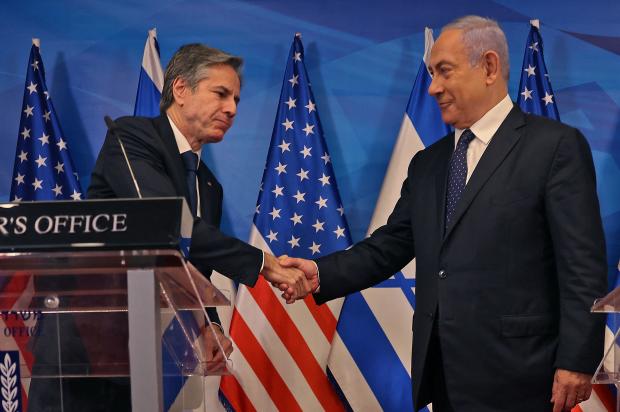 Gaza — U.S. Secretary of State Antony Blinken was in Israel on Tuesday, beginning a tour of the Middle East aimed at solidifying the fragile cease-fire between Israel and Hamas. At least 253 Palestinians, including almost 70 children, and 14 people in Israel were killed during the 11-day conflict that was halted early on Friday by a tenuous truce agreement.

Blinken, the highest-ranking U.S. official to visit the region since President Biden took office, told journalists after meeting Israeli leader Benjamin Netanyahu that Mr. Biden had sent him to reinforce America’s commitment to Israel’s security, to work for greater peace and stability in the region, and to address the urgent humanitarian needs and reconstruction in the Gaza Strip.

An estimated 77,000 Palestinians were displaced by the Israeli airstrikes during the conflict, which also hit Gaza’s infrastructure hard, leaving hundreds of thousands of people without fresh running water.

After reiterating the administration’s staunch support of Israel’s right to defend itself from attack — following Hamas’ firing of more than 4,000 rockets at the country — Blinken stressed that the U.S. wanted to see the cease-fire built upon, “with the recognition that losses on both sides were profound.”

Blinken said the U.S. had already committed to helping Israel refortify it’s defenses, including a replenishment of its partially U.S.-funded “Iron Dome” missile defense system, which stopped the vast majority of the Palestinian rockets from hitting the ground.

The top U.S. diplomat said the Biden administration believed that to prevent another flare-up of the decades-old conflict, all sides must “use the space created” by the current cease-fire to address “a larger set of underlying issues and challenges, and that begins with tackling the grave humanitarian situation in Gaza and starting to rebuild.”

Earlier Blinken had said that that Washington was working “to rally international support” to help rebuild Gaza, but he stressed that all such help would be provided in a way that would “ensure that Hamas does not benefit.”

The Palestinian Authority controls the Israeli-occupied West Bank, but not Gaza, which is run by the militant group Hamas. The United States considers Hamas a terrorist organization and does not deal directly with it.

Netanyahu said he had thanked Blinken for the ongoing support of the United States, and he warned that, “if Hamas breaks the calm and attacks Israel, our response will be very powerful.”

The recent conflict came after weeks of clashes in the neighborhood of Sheikh Jarrah , in Israeli-occupied east Jerusalem, between Israeli police and Palestinian protesters. Tension there was high over the threatened eviction of more than a dozen Palestinian families from their homes by Jewish settlers, as well as over Israel’s policing tactics around the al-Aqsa mosque, one of the holiest sites in Islam, during Ramadan.

Hamas has warned that if the Sheikh Jarrah evictions go ahead, or if Israel deploys security forces inside al-Aqsa again, the cease-fire will fall apart and violence will resume.

The legal battle over the east Jerusalem evictions has been playing out for years, but was put on hold just before the conflict erupted. It is set to resume in the coming weeks.

There have been sporadic clashes outside the al-Aqsa mosque between Israeli police and Palestinian protesters since the cease-fire began, and two Israelis were stabbed by a Palestinian in east Jerusalem on Monday before the assailant was killed by police, but the tenuous truce continued to hold on Tuesday as Blinken visited the region.