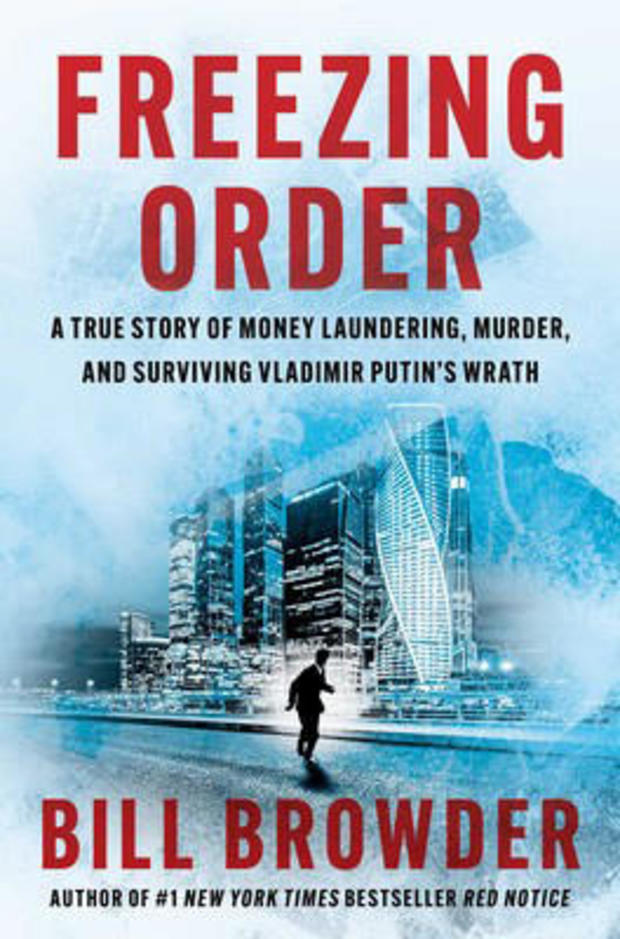 As a financier working in Russia beginning in the 1990s, American-born Bill Browder soon learned that theft was rampant among oligarchs profiting from the privatization that followed the collapse of the Soviet Union. While investigating a $230 million tax fraud perpetrated against his company, Browder’s lawyer, Sergei Magnitsky, was imprisoned, tortured and killed by Russian authorities.

In response, Browder advocated for passage of the Magnitsky Act, aimed at freezing the assets of those involved in human rights violations. The Magnitsky Act has expanded beyond the United States to other nations around the globe – and has made Browder a target of the Kremlin.

When we started investigating the $230 million tax rebate fraud that my lawyer, Sergei Magnitsky, was killed over, we’d had no idea that it would lead to any of these world-shaping developments or these unthinkable Russian reactions. Why hadn’t Putin just thrown a few of his low-level officials under the bus for murdering Sergei? Why would he put a dead man on trial for the first time in Russian history? Why would he ruin his relationship with the West over the Magnitsky Act? Why would he hack Western elections? Why is he so committed to fomenting chaos?

Now we knew. There weren’t just millions of dollars at stake. Or even billions. There was likely more than $1 trillion at stake. And Putin will do anything to protect this.

This amount of money also helped explain why so many people had been murdered. People like Sergei Magnitsky, Boris Nemtsov, Alexander Perepilichnyy, and Andrei Kozlov. It also explained why the Kremlin had attempted to kill Vladimir Kara-Murza and Nikolai Gorokhov.

As despicable as Putin and his regime’s behavior is, none of this can happen without the cooperation of Western enablers. Lawyers like John Moscow and Mark Cymrot, spin doctors like Glenn Simpson, politicians like Dana Rohrabacher, and executives like those at Danske Bank — these people, along with many others, lubricate the machine that allows Putin and his cronies to get away with their crimes.

Nor can these crimes happen without the acquiescence of timid and ineffective governments that refuse to follow their own laws and stated values. Let’s take Britain, just as one example. The largest amount of money associated with the $230 million crime didn’t end up in New York or Spain or France or Switzerland, but right in my adopted hometown: London. This money has been used to purchase property and luxury goods, and despite all the evidence I’ve presented to British law enforcement, Parliament, and the British press, to this day not a single money laundering investigation connected to the Magnitsky case has been initiated in the United Kingdom.

As you’ve followed me through this story, you might have wondered, “The odds are so impossibly long, and there are so many risks. … Why does he do all of these things?”

At first, I did them because I owed it to Sergei. He had been killed because he worked for me, and I couldn’t let his killers get away with it. As with the theft of my childhood flute, but on an infinitely grander and more meaningful scale, I have been compelled to get justice. As the theft of my flute showed, this inclination toward justice is part of who I am. It’s in my nature. To reject it would have poisoned me from the inside.

Then, as things escalated, it also became a fight for survival. Not only for myself and my family, but for my friends and colleagues, and all the people who were helping Sergei’s cause inside of Russia.

But in the end, I’ve done these things because doing them is the right thing to do. For better or worse, I’ve been obsessed with this cause since the moment of Sergei’s death. This obsession has affected every facet of my life, and all of my relationships, even those with my own children. These effects haven’t always been for the better.

But this obsession has also introduced me to remarkable people who have not only changed my life, but the course of history.

Most important, my obsession has created a legacy for Sergei so that his murder wasn’t meaningless, unlike so many others.

At the time of writing, there are Magnitsky Acts in 34 different countries: the United States, Canada, the United Kingdom, Australia, the 27 countries of the European Union, Norway, Montenegro, and Kosovo. This doesn’t take into account the British Overseas Territories and Crown Protectorates of Gibraltar, Jersey, Guernsey, the British Virgin Islands, and the Cayman Islands. New Zealand and Japan are on deck.

More than 500 individuals and entities have been sanctioned using these laws. In Russia, these include Dmitry Klyuev, Andrei Pavlov, Pavel Karpov, Artem Kuznetsov, and Olga Stepanova and her husband, along with 35 other Russians involved in Sergei’s false arrest, torture, and murder as well as the $230 million tax rebate fraud.

But not only Russians. Magnitsky sanctions have now been applied to the Saudi assassins responsible for the murder and dismemberment of journalist Jamal Khashoggi; the Chinese officials who set up the Uighur concentration camps in Xinjiang; the Myanmar generals responsible for the Rohingya genocide; the Gupta brothers, who stripped the South African government dry; and hundreds of others for similarly pernicious acts.

For every person or organization that has been sanctioned, there are thousands of human rights violators and kleptocrats who are waiting in terror to see if they will be sanctioned next. There’s no question that the Magnitsky Act has altered behavior and been a deterrent for would-be murderers and thieves.

I can’t bring Sergei back. And for that, I carry a heavy burden that will never go away. But his sacrifice has not been meaningless. It has saved, and will continue to save, many, many lives.

If Russia ever has a real democratic reckoning, future Russians will expand on these legal monuments by building physical ones to a true hero: Sergei Magnitsky.

For now, though, the fight goes on.