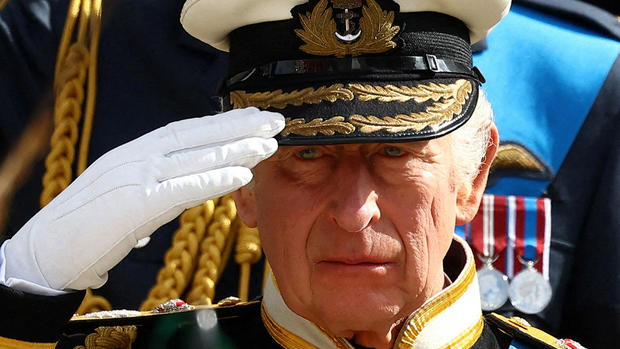 The coronation of Britain’s new monarch, King Charles III, will take place on May 6 at London’s Westminster Abbey, Buckingham Palace confirmed on Tuesday. The ceremony will come just less than eight months after Charles inherited the throne from his late mother, Queen Elizabeth II.

The palace confirmed expectations that it will orchestrate a more inclusive coronation than previous ceremonies, better reflecting today’s multi-faith, multi-cultural Britain. The statement released by the palace said the event would “reflect the monarch’s role today and look towards the future, while being rooted in longstanding traditions and pageantry.”

It said the coronation would be conducted by the Archbishop of Canterbury, Justin Welby, the most senior cleric of the Church of England, of which the British monarch is the formal figurehead. Welby will crown Charles III as king and his wife, Camilla, as Queen Consort.

The palace promised more details of the coming coronation “in due course.”

A coronation is the ancient ceremony in which new monarchs take an oath before the country and are formally crowned, blessed and anointed. The ceremony is religious and symbolic, but not a constitutional requirement, and Charles III is no less the king for not having been through the process yet. He became the king the moment his mother, Queen Elizabeth II, died on Sept. 8.

Sixteen months passed between the dates on which Elizabeth II ascended to the crown, upon the death of her father in February 1952, and her coronation in June the following year. So, Charles will only have to wait for the full pomp and circumstance of the occasion for half as long as his mother.

Much of the detail of Charles III’s coronation ceremony was still shrouded in secrecy even after the palace’s announcement on Tuesday. The whole event has been planned for some time, however, under the codename Operation Golden Orb.

In keeping with the new monarch’s vision for a “slimmed down” monarchy, his coronation may well be smaller and less costly than his mother’s. But even a relatively modest coronation will still include ancient relics and glittering crown jewels, and take place in London’s ancient Westminster Abbey — the iconic site used for all British monarchs’ coronations for centuries.

Authorities in Scotland have already confirmed that the Stone of Destiny, a 336-pound block of sandstone on which Scottish kings were crowned for centuries, was to be brought to England for Charles’ coronation.

The stone was stolen by an invading English king in 1296 and remained in England for 700 years (excluding a three-month stint in Scotland, after four Scottish students took it from Westminster Abbey) before finally being returned to Scotland by the British Government in 1996.

Saint Edward’s Crown is also likely to make an appearance at the coronation, as it has at the coronation of almost every English sovereign for more than 700 years. The crown has a checkered history among Charles’ namesakes: The original was broken up by order of Parliament in 1649, during the same war that led to Charles I’s execution. The existing crown was made from the fragments of the original for Charles II’s coronation, 12 years later.

Since then, it has been worn by each monarch only once in their lifetime, for their coronation, and in early May, after his record-70-year wait, it will be Charles III’s turn.