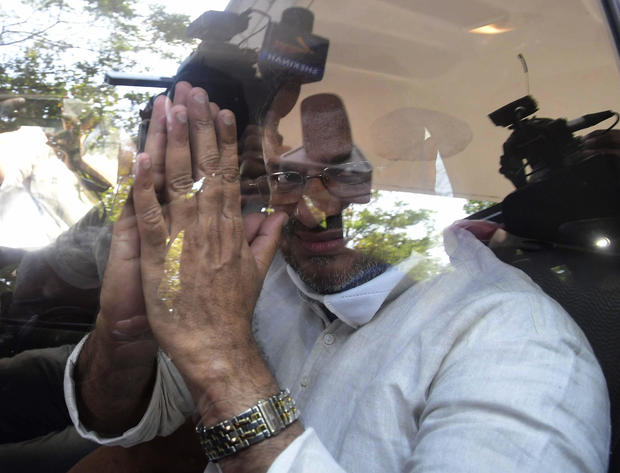 New Delhi — An Indian court has acquitted a Catholic bishop who was charged with raping a nun in a case that sparked widespread outrage and protests. Bishop Franco Mulakkal, 54, was acquitted by a court in the southern Indian state of Kerala on Friday, which said the prosecution had failed to prove any of the charges against him.

The nun, whose identity is protected under Indian law, had alleged that Mulakkal, who was the bishop of a diocese in Jalandhar in the northern state of Punjab at the time, raped her 13 times between 2014 and 2016 when he would visit the convent where she lived in southern state of Kerala.

The convent, Missionaries of Jesus, is part of the Jalandhar diocese. The nun faced “harassment” and “threats” from the bishop for two years in a bid to keep her silent about the alleged rape, but she “finally gathered courage in 2016” to come forward, she told CBS News in an off-camera interview in 2019.

The Vatican did not immediately reply on Friday to CBS News’ request for comment on the case.

Her allegations against the bishop became public in 2018, when she petitioned the Vatican and wrote an open letter to Pope Francis’ representative in the Indian capital of Delhi. When her story emerged, it led to major protests led by a group of nuns supporting her, as well as activists who added their voices to demands for justice and the arrest of the bishop. He was arrested later that year.

Five nuns, close associates of the woman who alleged the rapes, accused the church in Kerala of ignoring the allegations and instead pressuring them to withdraw the case.

“Father James Erthayil offered 10 acres of land and a separate convent for six of us if we withdrew the case,” Sister Neena Rose, a close associate of the nun who made the rape allegations, told CBS News in 2019. She said someone had offered the purported rape survivor $675,000 to keep quiet.

The nuns even wrote to Pope Francis directly in 2019, when he was hosting a landmark summit on clergy sex abuse, but they say their letters have never been answered.

“At least the pope should see our tears,” Sister Alphy Pallasseril, one of the five nuns publicly supporting the claimant, told CBS News in an emotionally charged interview in 2019. “We have no words to say how much we are suffering.”

Pallasseril, along with the other nuns who participated in the protests, later faced harassment including threats of disciplinary action, transfers and expulsion from the congregation, they told CBS News.

The bishop’s acquittal surprised the nuns, and the lawyers fighting the case.

“We would definitely challenge the verdict in a higher court after going through the order in detail,” Special Public Prosecutor Jithesh J. Babu told CBS News on Friday.

“The verdict is shocking, the victim has been denied justice, but we take it as a challenge,” Sister Lucy Kalappura, another close associate of the nun in question, told CBS News. “We are all with our sister to support her… this is just a step in the legal process, we will fight the case in a higher court.”

Kalappura was expelled from the Franciscan Clarist Congregation (FCC) of Kerala in 2019.

Indian TV showed the bishop smiling as he walked out of the court in Kerala state on Friday. His legal team told CBS News partner network BBC News that it had “shattered the entire evidence” against him.