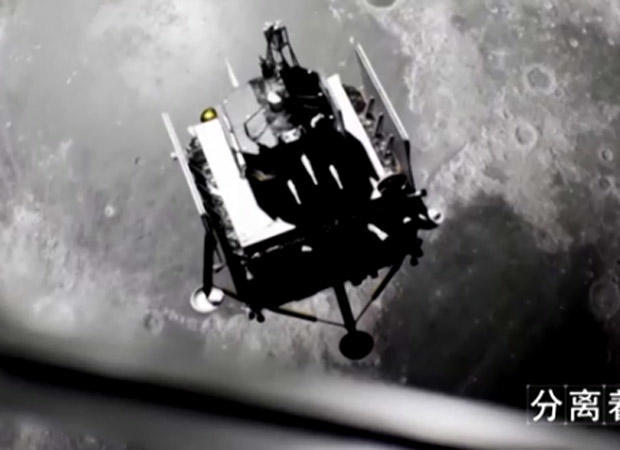 The Chinese government says a robot probe launched to return lunar rocks to Earth has landed on the moon. The official China News Service said the Chang’e 5 “successfully landed on the moon in the pre-selected landing area.” It gave no more details.

The probe adds to a string of increasingly ambitious missions by a Chinese space program that aims eventually to land a human on the moon.

The spacecraft is expected to collect about 4 pounds of rock and soil samples, and return them to Earth for laboratory analysis.

If successful, the Chang’e 5 mission will make China only the third nation, after the United States and the former Soviet Union, to bring moon rocks back to Earth.

The 8,335-pound Chang’e 5 spacecraft, named after the mythical Chinese goddess of the moon, is made up of four major components: a lunar orbiter, a sample return craft, a lander carrying science instruments and sample collection equipment, and a small ascent vehicle mounted atop the lander to carry the collected surface samples back up to orbit.

The Chang’e 5 lander features multiple cameras, a spectrometer to assess the composition of the soil near the spacecraft and a ground-penetrating radar. A robot arm is equipped with a percussive drill and scoop to pick up excavated rock and soil.

Bill Harwood and the Associated Press contributed to this report.