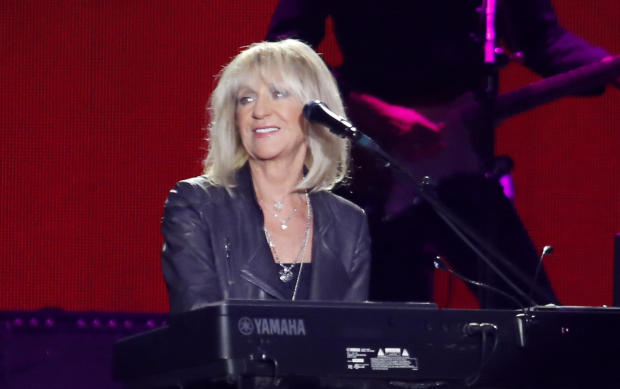 Christine McVie, who sang and played keyboards for Fleetwood Mac, has died following a “short illness,” her family confirmed. She was 79.

“On behalf of Christine McVie’s family, it is with a heavy heart we are informing you of Christine’s death,” her family said in a statement. “She passed away peacefully at hospital this morning, Wednesday, November 30th 2022, following a short illness. She was in the company of her family.”

“We kindly ask that you respect the family’s privacy at this extremely painful time, and we would like everyone to keep Christine in their hearts and remember the life of an incredible human being, and revered musician who was loved universally. RIP Christine McVie,” the family added.

McVie, born Christine Perfect, joined Fleetwood Mac in 1970 after marrying the band’s bassist, John McVie, and performed with the group for nearly 30 years before leaving the band.

In 1998, McVie was inducted to the Rock and Roll Hall of Fame as a member of the group.

“We were so lucky to have a life with her. Individually and together, we cherished Christine deeply and are thankful for the amazing memories we have. She will be so very missed,” the band added.

Stevie Nicks, who joined Fleetwood Mac in 1975, posted a heartfelt, handwritten note on Twitter in which she lamented the unexpected loss.

“A few hours ago I was told that my best friend in the whole world since the first day of 1975 had passed away,” Nicks wrote.

“I didn’t even know she was ill… until late Saturday night,” she continued. “I wanted to be in London; I wanted to get to London — but we were told to wait. So, since Saturday, one song has been swirling around in my head, over and over and over. I thought I might possibly get to sing it to her, and so, I’m singing it to her now. I always knew I would need these words one day.”

Nicks’ letter included the lyrics to Haim’s 2020 song “Hallelujah,” which read in part: “I had a best friend but she has come to pass. One I wish I could see now. You always remind me that memories will last. These arms reach out.”

”See you on the other side, my love, Don’t forget me — Always, Stevie,” Nicks concluded the note.

“Not only were she and I part of the magical family of Fleetwood Mac, to me Christine was a musical comrade, a friend, a soul mate, a sister,” Buckingham wrote. For over four decades, we helped each other create a beautiful body of work and a lasting legacy that continues to resonate today. I feel very lucky to have known her. Though she will be deeply missed, her spirit will live on through that body of work and that legacy.”