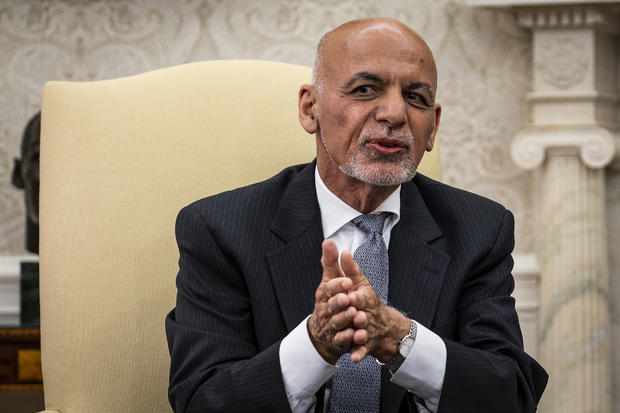 Former Afghan President Ashraf Ghani and his senior advisers likely fled Afghanistan without millions that went missing during the Taliban takeover, contrary to rumors, an oversight report has found. Since the government’s records are now controlled by the Taliban, it might be hard to find the definitive culprit.

The interim report released by the special Inspector general for Afghanistan reconstruction concluded that during the collapse of the government last summer,  Ghani and his advisers may  have taken closer to $500,000 as they left the country by helicopter, but the amount did not exceed $1 million, the report found.

This is far less than the $5 million that disappeared from the presidential palace and the estimated tens of millions that went missing from the National Directorate of Security vault during the chaos of the Taliban takeover.

The findings are in an interim report on the theft of funds from Afghanistan, and a final report is expected after the inspector general conducts more interviews. However, the interim report stated it would be difficult to determine who stole the millions since the government’s records and security surveillance are now in the hands of the Taliban.

After more than 30 interviews with former Afghan officials, the inspector general ruled out in the interim report Ghani as the culprit, since he and his advisers were focused on evacuating quickly — and with more people than the helicopters were intended to carry.

The Russian Embassy in Kabul accused Ghani and his adviser of  taking $169 million with them when they flew from Afghanistan. The inspector general found this  was unlikely, due to the space and weight the cash would occupy.

The report assessed that $169 million in hundred dollar bills stacked end to end “would be somewhat larger than a standard American three seater couch,” and would weigh nearly two tons.

The presidential helicopters were too overloaded with passengers and fuel to have made room for additional cargo, especially cargo weighing two tons, according to the interim report.

As the Taliban quickly closed in on Kabul, Ghani’s team focused on escaping with their lives.

The decision to flee was so abrupt that Ghani was barefoot, requiring an official to look for his shoes, and Ghani didn’t even have time to find his passport before evacuating.

Ghani had arranged for his wife, former first lady Rula Ghani, to flee the country with senior officials, but as the security team was making arrangements, the situation for the president deteriorated. The head of the presidential security team warned the national security adviser that if the helicopters left Ghani behind, “the president would be killed,” according to the interim report.

Ghani’s Facebook shared a post Aug. 15, 2021, after he had already fled, that said in part, “Taliban had made it clear that they are ready to attack Kabul and the people of Kabul to remove me. To avoid a flood of bloodshed, I decided best to get out. Taliban won the judgment of sword and gun and now they are responsible for protecting the honor, wealth and self.”