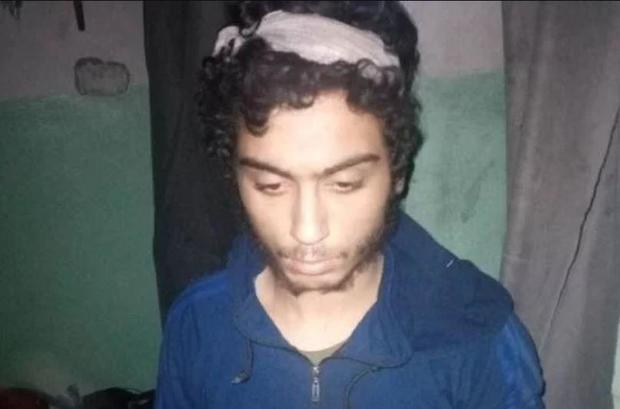 An Australian teenager who was taken to Syria as a child has died after spending more than three years in a notorious prison for ISIS jihadists in northeast Syria, according to the New York-based organization Human Rights Watch.

A government official notified the family on Sunday that their son had died in Syria from “uncertain causes,” HRW said, citing a family representative.

“We are devastated to learn of the passing of our beloved Yusuf Zahab,” the family said in a statement Monday, adding that he was a “happy child who showed care and compassion to those around him.”

Born in Sydney, Zahab was only 11 when he was brought to Syria by his parents in 2015 to join the group’s self-declared Islamic “caliphate.”

Zahab’s older brother Muhammad — a known ISIS recruiter — drew at least a dozen family members into the group’s territory in Syria in those early days, including the boy’s parents Hicham and Aminah Zahab, his sister Sumaya and his brother Khaled.

After ISIS was largely defeated in Syria in March 2019, at the age of just 14, Zahab was separated from his mother and sister and placed in the Sina’a prison in al-Hasaka, Syria. He would have turned 18 in April of 2023.

The family told HRW that the boy’s father died in a prison for ISIS detainees in 2020, possibly of tuberculosis.

The Sina’a facility, also known as Gweiran prison, is run by the Syrian Democratic Forces (SDF), a coalition of mostly Kurdish militias that were backed by the U.S. and other Western governments during Syria’s vicious civil war.

The prison houses thousands of ISIS detainees who were scooped up by the Western-backed Syrian rebels in the last months and weeks of the ground war with the Islamic extremist group, including many Westerners.

In January this year, ISIS cells that had been laying low in Syria staged a complex attack on the facility in a bid to free fellow fighters. The battle in and around the prison lasted weeks and left hundreds of guards and detainees dead.

Zahab witnessed the attack and sent an audio recording to HRW describing the carnage – and pleading for help.

“My friends got killed in front of me, a 14-year-old, a 15-year-old. I kept running, but I got injured in my head and my hand. I lost a lot of blood,” he says in the audio, which was transcribed but not released by HRW. “I saw a lot of bodies, dead bodies, and there’s a lot of injured people screaming from pain.”

“There’s no doctors here, there’s no one who can help me. I’m very scared. I need help. Please,” he pleaded according to the rights group.

It’s not clear whether Zahab ever received any treatment for the injuries he sustained, which he said were caused by a U.S. helicopter airstrike on the prison. Pentagon spokesman John Kirby confirmed at the time that the U.S.-led coalition in Syria had “provided some airstrikes to support them [SDF] as they deal with this prison break.”

HRW associate crisis and conflict director Letta Tayler said Monday that Zahab’s family, who lobbied for years to ger him brought back to Australia, “deserves answers” on how and when their son died and what became of his remains.

In their statement, provided by a representative, the family said they were “heartbroken and angry,” and urged the current Australian Government to act swiftly to repatriate the remaining Australian women and children still stranded in Syria.

“Please act before another life is lost,” the statement said.

“The Australian government remains deeply concerned about the situation of Australians in north-east Syria, including the welfare of those detained in prisons and other detention centers,” a foreign department representative said in a statement.

CBS News senior foreign correspondent Holly Williams visited the prison in 2019 and found it bursting at the seams with foreign ISIS fighters, including 22-year-old Abdelhamid Al-Madioum, from Minneapolis. While CBS News could not independently verify his story, he told Williams he’d been recruited to ISIS through a contact on Twitter and was then bombarded with ISIS propaganda videos claiming that ISIS was helping Muslims.

Like many in the prison, he claimed he was never an ISIS fighter, but was instead a victim himself of the group’s lies. He said he lost an arm in a U.S. airstrike. Williams saw many others at the prison with terrible injuries, including some children.

All of them, she said, were desperate to get back to their home nations, but few countries, including the U.S. and Australia, have repatriated many ISIS detainees at all, even to face justice back home.

The SDF is believed to be holding between 69 and 80 Australian nationals, including 19 women and 39 children.

The previous Australian government repatriated only eight citizens in 2019, all unaccompanied children.

“Tragically, the reported death of teenage Yusuf Zahab should be no surprise to Australia and other governments that have outsourced responsibility for their nationals held in horrific conditions in northeast Syria,” said Tayler of HRW.

HRW says more than 41,000 people from dozens of countries have been held for several years “in life-threatening and often inhuman conditions in camps and prisons by authorities in northeast Syria.”

According to the rights group, many of those detainees are children under the age of 12, and none have been given a chance in a court to argue for their release or repatriation.

The Fight Against ISIS