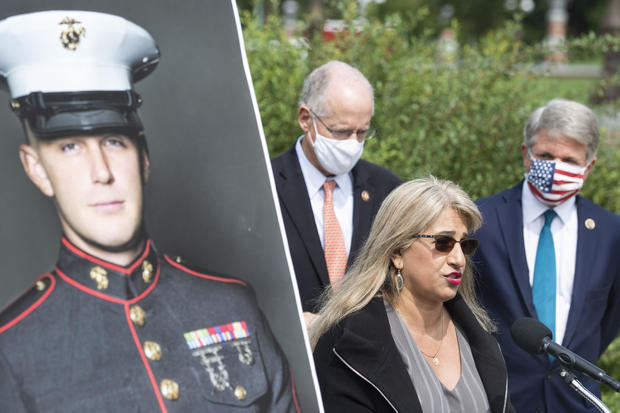 Moscow — Former U.S. Marine Trevor Reed has gone on hunger strike over the conditions of his detention in a Russian prison, his family said in a statement sent to CBS News.

“While we are immensely proud of our son’s strength of character, we are also extremely worried about his health,” Reed’s family said. “Our concern is magnified by Russian authorities’ decision to hold Trevor incommunicado which makes it impossible for us or the [U.S.] Embassy to monitor his health.”

Texas-born Reed was sentenced last year to nine years in prison on charges of assaulting police officers after a drunken night out in Moscow in 2019. Reed pleaded not guilty and said the harsh sentence made him think his trial was “completely political.” His lawyers said it was the harshest sentence ever handed down in Russia for the charge.

“Trevor Reed went on hunger strike on November 4, 2021, in protest over being repeatedly placed in a punitive isolation ward, a practice which Reed sees as illegal, and other serious violations of his rights in the penal colony,” his lawyers, Sergey Nikitenkov and Viktoria Buklova, told Russia’s Interfax news agency.

Russia’s Federal Penitentiary Service denied that Reed was refusing to eat and said in a statement that “the staff of the correctional facility did not commit any violations in their treatment of the convicted person.”

Reed’s family have urged the Biden administration to push for their son’s release in exchange for one of the high-profile Russian nationals held in U.S. jails.

“We recall the strong response from this Administration when a Russian dissident went on hunger strike several months ago and look forward to our son receiving the same attention,” Reed’s family said in a statement, referring to leading opposition figure Alexey Navalny, who is serving a two-and-a-half sentence after returning to Russia from Germany, where he recovered from a deadly nerve agent poisoning.

Navalny has personally blamed President Vladimir Putin for the attack. The Kremlin denies any involvement.

U.S. officials have accused Russia of holding Reed and another American jailed on espionage charges, Paul Whelan, as bargaining chips to score a potential prisoner swap.

Moscow has publicly denied any talks about a theoretical prisoner exchanger with the U.S., but has long sought the release of Viktor Bout, a notorious arms dealer nicknamed the “Merchant of Death,” and Konstantin Yaroshenko, a pilot convicted of smuggling cocaine into the U.S.

According to them, Reed is imprisoned “in a small room with a hole in the floor for a toilet,” and he has been deprived of any correspondence with the outside world. They say guards have been “taunting” him about items he was supposed to have been given from U.S. Ambassador to Russia John Sullivan.