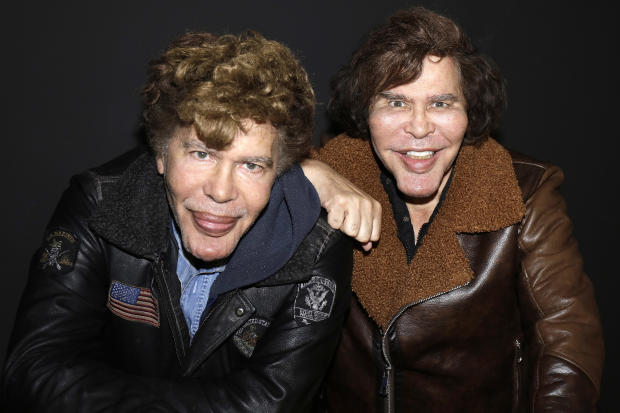 Paris — Controversial French TV stars and famous twins Igor and Grichka Bogdanoff were inseparable in life, and in death. They had refused to be vaccinated against the coronavirus, believing their good health would save them, but were admitted to a hospital on the same day last month and diagnosed with COVID-19.

The younger twin, Grichka, died in an intensive care unit on December 28. Igor followed him six days later on January 3. They were 72.

The Bogdanoff twins were TV stars in France in the 1980s, famous as much for their offbeat popular science shows as for their good looks, multiplied by two.

The pair were inseparable, and they were in and out of the spotlight for most of their adult lives.

In 1979, they launched the first TV show entirely about science fiction, Temps X. Accused by academics of dumbing down science, it was that approach that made the show so popular with their audience.

They were born on August 29, 1949 in southwest France. Descended from German and Austrian nobility, they were raised by their grandmother, a countess.

The two studied applied mathematics before taking their science to television. They later went on to scrape just enough points to earn doctorates in physics, though there was huge controversy surrounding their theses on the Big Bang theory and on space-time links. There were also accusations of plagiarism.

An internal university investigation concluded there was no scientific value to their work, but they were still awarded the doctorates. One scientist called the twins’ writing, “delightfully meaningless combinations of buzzwords,” but worried that their evidence had nonetheless been taken seriously.

Later the two prompted speculation that they had undergone cosmetic surgery, as their prominent cheekbones and facial features became even more pronounced. They denied ever having surgery. However, seeking as always to maintain an air of mystery, they said they had experimented with unnamed “technologies” to enhance their features.

Neither brother was vaccinated against COVID-19. Asked about it on French radio last month, Igor Bogdanoff cited the controversial French scientist Dr. Didier Raoult – the man who made hydroxychloroquine a household name. Raoult said he had more confidence in future vaccines than those available now, and Igor Bogdanoff agreed that it was better to wait.

Former French Education and Research minister Luc Ferry was a longtime friend of the brothers. He told French media he had spoken with the twins about the COVID vaccines and told them “you’re crazy” not to get it. He said they were not anti-vaxxers, but did not want to have the vaccines themselves, believing that their good health and fitness would save them from the virus, but perhaps not any ill effects of the vaccines.