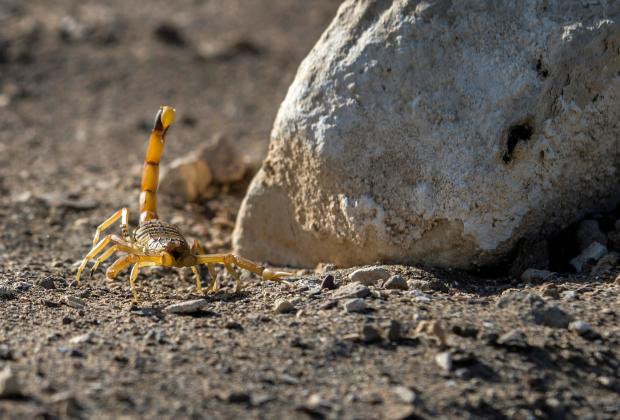 Heavy rain and flooding in a southern province in Egypt have left three people dead and more than 500 others hospitalized from scorpion stings, state-run media reported.  Downpours, hail and thunder in the province of Aswan over the weekend forced local authorities to suspend school classes Sunday, Gov. Ashraf Attia said.

The storms forced scorpions from their hiding places into many houses across the province, Attia added. He said at least 503 people were hospitalized after suffering scorpion stings and that all of them were discharged after they were given anti-venom doses. Extra doses of the anti-venom were provided to medical centers in villages near mountains and deserts in Aswan after the scorpion swarm was reported, the BBC reported .

Acting Health Minister Khalid Abdel-Ghafar said in a statement that no deaths were reported from scorpion stings. Three soldiers died after being electrocuted when their camp was flooded, the New York Times reported .

Egypt’s fat-tailed scorpions, known as Androctonus crassicauda, translates from Greek to “man-killer,” Al Jazeera reports.  Venom from a black fat-tail scorpion can kill humans in under an hour, the BBC reports.