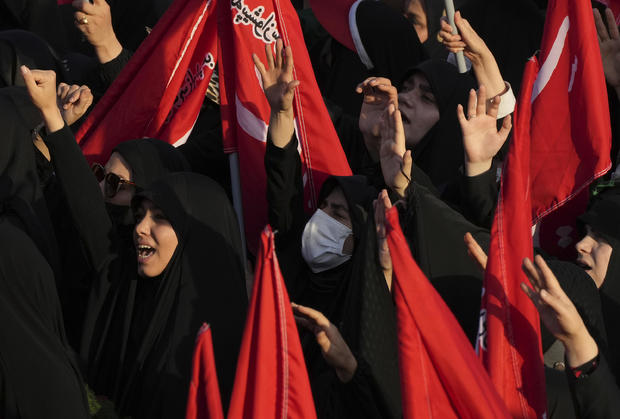 Tehran, Iran — A general of Iran’s Islamic Revolutionary Guard Corps (IRGC) has been killed while “on a mission” in Syria, Iranian state media reported on Tuesday.

“General Abolfazl Alijani, a member of the IRGC’s ground forces who was on a mission in Syria as a military adviser, was martyred on Sunday,” the state broadcaster said on its website.

It described Alijani as a “defender of the sanctuary”, a term used for those who work on behalf of Iran in Syria or Iraq, without providing more details of the attack in which he was killed.

Iran says it has deployed its forces in Syria at the invitation of Damascus and only as advisers.

In early August, funeral processions were held in Tehran and other Iranian cities for five IRGC members killed in Syria several years ago, after their bodies were recovered and identified through DNA testing, Iranian media reported.

In March, the Guards said an Israeli attack in Syria had killed two of its officers, warning that Israel would “pay for the crime.”

Israel has carried out hundreds of airstrikes inside Syria in recent years, targeting government positions as well as allied Iran-backed forces and fighters of Lebanese Shiite militant group Hezbollah.

While Israel rarely comments on individual strikes, it has acknowledged mounting hundreds of them since 2011.

The Israeli military has defended them as necessary to prevent its arch-foe Iran from gaining a foothold on its doorstep.

Iran and Israel have been engaged in a years-long shadow war, with the Islamic republic accusing its “sworn-enemy” of carrying out sabotage attacks against its nuclear sites and assassinations of key figures, including scientists.

The Islamic Revolutionary Guards Corps is the ideological arm of the Iranian military and is blacklisted as a terrorist group by the United States.

Iran: Crisis In The Middle East