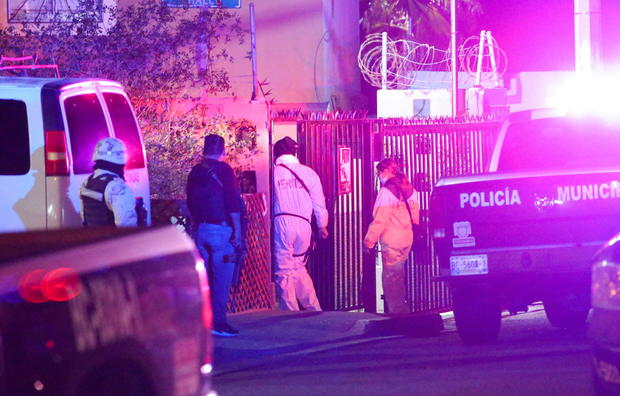 A journalist was killed Sunday, the second in a week’s time in the northern Mexico border city of Tijuana, and the third in Mexico this month. Lourdes Maldonado López was found shot to death inside a car, according to a statement from the Baja California state prosecutor’s office. Authorities had received a 911 call around 7 p.m. and found Maldonado dead on arrival.

In 2019, Maldonado came to President Andrés Manuel López Obrador’s daily morning news conference and asked for his support, help and labor justice. “Because I fear for my life,” she said.

Maldonado had worked for several media outlets, including Primer Sistema de Noticias (PSN), which is owned by Jaime Bonilla, who was governor of Baja California from 2019 to the end of 2021.

Maldonado had been locked in a years-long labor dispute with Bonilla, who was elected governor of Baja California as a candidate from López Obrador’s Morena party. Maldonado said she had not been paid wages due to her and called Bonilla a “powerful character” while asking the president for his support.

“I can’t do anything without your help, Mr. President,” she said at the  press conference in 2019.

Maldonado had recently announced that she won her dispute with the media company Bonilla owned after nine years of litigation.

Maldonado had collaborated with many outlets, but recently was doing an internet, radio and television show, “Brebaje,” focused on local news.

“The murder of Lourdes Maldonado is covered because the journalists are dedicated to the search for the truth,” she wrote. “This attack was not only against Lourdes, but against our entire society.”

Last week, photographer Margarito Martínez was gunned down outside his home. He was well-known for covering the crime scene in violence-plagued Tijuana. He worked for the local news outlet Cadena Noticias, as well as for other national and international media outlets.

José Luis Gamboa was the director of the online news site Inforegio, in the Gulf coast state of Veracruz. The press group Reporters Without Borders wrote that “Gamboa had denounced and strongly criticized the relations between local authorities and organized crime.”

At least seven journalists were murdered in Mexico in 2021, according to an AFP count, although it has not been determined if all the killings were linked to their work.

More than 100 reporters have been murdered since 2000 in Mexico and only a fraction of the crimes have resulted in convictions.

AFP contributed to this report.