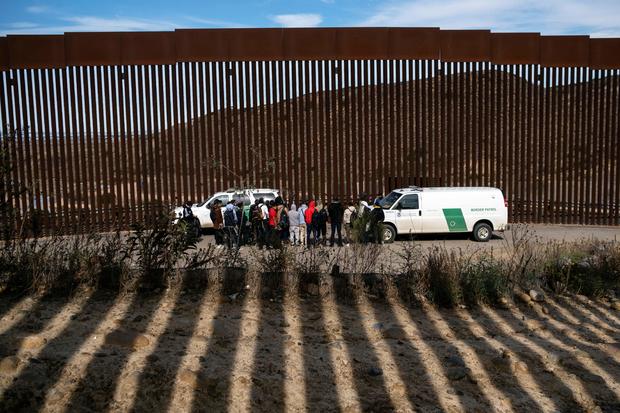 Washington — A federal judge on Tuesday barred federal immigration authorities from using a public health authority known as Title 42 to swiftly expel migrants, blocking the main tool the Biden administration has used to manage an unprecedented migration wave along the U.S.-Mexico border.

Judge Emmet Sullivan of the U.S. District Court for the District of Columbia voided an order issued by the Centers for Disease Control and Prevention (CDC) that has allowed U.S. border officials to expel hundreds of thousands of migrants on public health grounds, saying the edict was not properly enacted.

First issued in 2020 by the Trump administration at the outset of the coronavirus pandemic, the Title 42 policy relies on a late 19th century law designed to stop the “introduction” of contagious diseases in the U.S. Migrants processed under Title 42 are not allowed to request U.S. asylum and are instead summarily expelled from the country.

“This ruling is of enormous significance for asylum-seekers and will hopefully put an end to the misuse of public health laws to block desperate people from seeking protection,” Lee Gelernt, the ACLU lawyer who filed the lawsuit, told CBS News.

CBS News reached out to the Departments of Homeland Security and Justice, which could ask an appeals court to suspend Tuesday’s ruling. Sullivan said he would not pause his ruling pending an appeal.

In a 49-page opinion, Sullivan said he determined the Title 42 policy was “arbitrary and capricious,” in violation of federal administrative law that governs regulations. He said the CDC failed to properly explain the rationale for authorizing an unprecedented expulsion authority, as opposed to implementing less drastic measures to mitigate COVID concerns, such as vaccinations and monoclonal antibodies.

Sullivan also said the CDC “failed to consider the harm to migrants subject to expulsion,” citing reports warning that migrants could be persecuted or otherwise victimized in Mexico and elsewhere after being expelled from the U.S.

“It is unreasonable for the CDC to assume that it can ignore the consequences of any actions it chooses to take in the pursuit of fulfilling its goals, particularly when those actions included the extraordinary decision to suspend the codified procedural and substantive rights of non-citizens seeking safe harbor,” Sullivan wrote.

After continuing the expulsions for over a year, the Biden administration in April announced Title 42’s termination, citing improving pandemic conditions. But through a separate lawsuit, a coalition of Republican-led states convinced a federal judge in Louisiana to stop the termination.

While it appealed that ruling, the Biden administration has continued to heavily rely on Title 42 as a border management policy amid record numbers of migrant apprehensions along the southern border. It also recently expanded the border expulsions to deter Venezuelan migrants from entering the U.S. unlawfully.

In fiscal year 2022, which ended on Sept. 30, U.S. officials along the southern border stopped migrants nearly 2.4 million times, the highest annual tally on record. Over 1 million of those encounters with migrants resulted in them being expelled under Title 42, federal statistics show.

On paper, Title 42 applies to both land borders with Canada and Mexico and migrants of all nationalities, but it has mainly been used along the southern border to turn back Mexican and Central American migrant adults to Mexico or Central America’s Northern Triangle region, made up by Guatemala, Honduras and El Salvador.

For diplomatic and logistical reasons, the U.S. has not used Title 42 on a large scale to expel migrants of other nationalities. One exception was an air expulsion blitz to Haiti in the fall of 2021 following the sudden arrival of thousands of Haitian migrants to Del Rio, Texas.

For over two years, Mexico only allowed the U.S. to expel Mexican and Central American migrants to its territory. But in October, Mexico announced it would accept expulsions of Venezuelans as part of a broader strategy that included the U.S. agreeing to allow up to 24,000 Venezuelans to enter the country legally.

While the Trump and Biden administrations have both portrayed the Title 42 policy as a tool to reduce coronavirus outbreaks in border holding facilities, its public health rationale has been contested by public health experts, including CDC officials who objected to the policy being implemented.