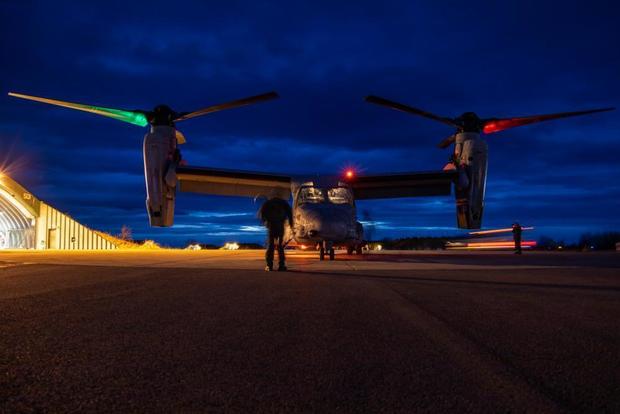 The U.S. Marines on Sunday released the names of the four Marines who were killed when their MV-22B Osprey aircraft crashed in northern Norway during a NATO drill on Friday.

“The pilots and crew were committed to accomplishing their mission and serving a cause greater than themselves,” said Major General Michael Cederholm, the commanding general of 2nd Marine Aircraft Wing, in a letter to his Marines and their families.

The Marines said the remains of the four deceased servicemembers were successfully removed from the crash site and are in the process of being returned to the U.S. The Marines assisted in the recovery effort, which was led by Norway.

The annual NATO drills in Norway are unrelated to the war in Ukraine, according to the Associated Press. This year, they include around 30,000 troops, 220 aircraft and 50 vessels from 27 countries. The exercises began on March 14 and end on April 1.

The cause of the crash is under investigation.