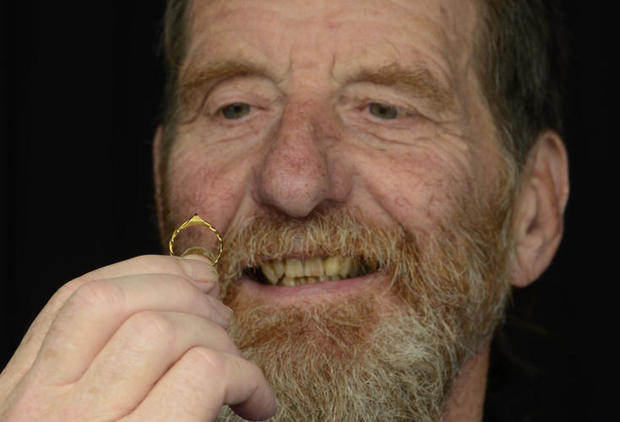 It’s not every day that one discovers antique heirlooms, but one lucky metal detectorist in England did just that in 2019. Now, his find is expected to fetch thousands of pounds at auction.

While searching on a farm near Thorncombe in southwest England’s Dorset County, David Board discovered a medieval ring dating back to the late 14th century.

Board, who described the find to BBC News this week as “once in a lifetime,” had rediscovered his passion for the hobby after giving it up 40 years ago. As a new retiree, he bought himself a new metal detector, which led to the find, according to BBC News.

“I got permission from a farmer friend of mind. I did a bit of research and found one of the fields was called Bowling Green and it was quite flat,” Board told BBC News. “I went over two or three times and on the third time I found the ring.”

According to the auction house, it is an “inscribed love ring” made up of two entwined bands with an inscription that reads in medieval French, “ieo vos tien foi tenes le moy,” which translates to “as I hold your faith, hold mine.”

The ring is described by Noonans as being in “very fine condition.” The auction is scheduled for Nov. 29.

The proceeds will be split between Board and the landowner, according to BBC News.

Tre’Vaughn Howard is a producer and journalist for CBS News, focusing on international and culture stories.