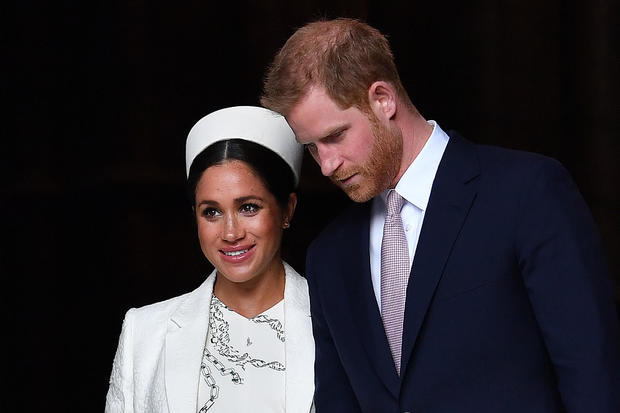 London — A British court dismissed an appeal on Thursday by a newspaper publisher seeking to overturn a previous ruling that found the Mail on Sunday had breached the Duchess of Sussex’s privacy by publishing portions of a letter she sent to her father. Britain’s Court of Appeal upheld the earlier High Court decision , handed down in February, that the Mail had in fact breached Meghan’s privacy in a way that was “manifestly excessive and hence unlawful.”

In a statement provided by Meghan and husband Prince Harry’s Archwell non-profit organization, the duchess called the appeal court’s decision “a victory not just for me, but for anyone who has ever felt scared to stand up for what’s right.”

“While this win is precedent setting, what matters most is that we are now collectively brave enough to reshape a tabloid industry that conditions people to be cruel, and profits from the lies and pain that they create,” Meghan said in the statement, adding that she had always “treated this lawsuit as an important measure of right versus wrong.”

She accused the Mail on Sunday ‘s publisher, Associated Newspapers Ltd., however, of treating it like “a game with no rules.”

The duchess said the newspaper group had twisted facts in a bid to manipulate public opinion, “even during the appeal itself, making a straightforward case extraordinarily convoluted in order to generate more headlines and sell more newspapers — a model that rewards chaos above truth.”

That statement appeared to be a reference to Associated Newspapers presenting evidence during the appeal process from Meghan’s former communications secretary Jason Knauf, who claimed that she knew her father could make the letter public. Knauf alleged that Meghan told him: “Obviously everything I have drafted is with the understanding that it could be leaked so I have been meticulous in my word choice.”

In a written statement to the court, Meghan denied that she ever thought her father would leak the letter, but she did apologize for misleading the court and for not remembering, she claims, that Knauf had provided information to the authors of “Finding Freedom,” a book about her and Prince Harry, with her consent.

As CBS News correspondent Holly Williams reported, Meghan sued Associated Newspapers Ltd. after the Mail on Sunday published parts of her handwritten letter to her father in 2018. Her lawyers called the letter a “heartfelt plea” in which she begged Thomas Markle to stop talking to the media. It was her father who gave excerpts of the letter to the tabloid.

The ruling in February found the paper in breach of the duchess’s privacy and copyright, but Associated Newspapers immediately launched the appeal against the verdict.

If the publishers had been successful with their appeal, CBS News’ Williams said there could have been more embarrassment as the matter would likely have gone to trial — with members of the royal family potentially asked to testify. It was a high-risk strategy on the part of the duchess, Williams said, but she emerged victorious, at least in a legal sense