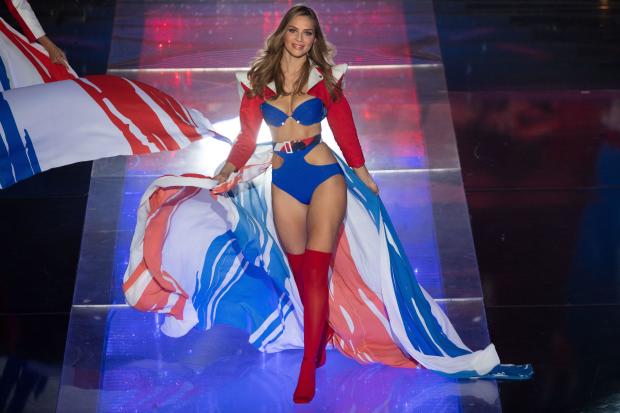 French prosecutors on Monday opened an investigation into a torrent of anti-Semitic social media messages aimed at the runner-up in the latest Miss France competition. Saying he was “deeply shocked by the rain of anti-Semitic insults,” France’s interior minister Gerald Darmanin noted in a tweet that police were now mobilized to investigate.

April Benayoum, 21, came second in Saturday’s televised pageant, but her moment in the limelight was quickly sullied. When, in an on-stage interview, she called herself Italian-Israeli, the comment triggered a wave of abuse on Twitter.

Some of the tweets invoked the Holocaust. One insult read “Hitler forgot about this one” and another “Don’t vote for a Jew.”

Benayoum, who won Miss Provence before competing nationally, was born to a Serbo-Croatian mother and an Israeli father.

“It is sad to witness such behavior in 2020,” she told Var-Matin newspaper following the abuse. “But it does not affect me at all.”

Pageant organizers were swift to condemn the abuse, saying it was “totally contrary to the values of the channel, the production and the show.”

The Union of Jewish Students in France said that “Miss France 2021 is no longer a beauty contest, it is an anti-Semitism contest.”

“What we’re proposing is to confirm that platforms give themselves the means to respond instantly to demands from the authorities when offenses like this occur,” Breton told BFM television on Sunday in response to the Miss France messages late Sunday.

France, which has the biggest Jewish population in Europe, has seen an increase in anti-Semitic vandalism and hate speech that President Emmanuel Macron has called “unacceptable.”

In 2018, the number of anti-Jewish offenses reported to police surged by 74% after two years of declines, according to the interior ministry.

The AFP contributed to this report.