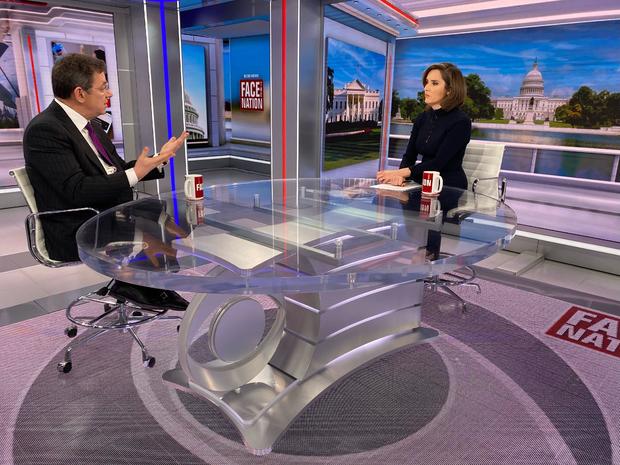 The chief executive of pharmaceutical giant Pfizer says his company does not have plans to invest further in Russia, as that nation’s invasion of Ukraine is about to enter its third week.

Still, CEO Albert Bourla told “Face the Nation” moderator Margaret Brennan that Pfizer is not cutting ties with Russia entirely, and noted that while the company makes “some medicines in Russia for Russia,” the company does not export from Russia.

“How can you say I’m not going to send the cancer medicines to Russians because of what they did,” Bourla said.

In the past two weeks, a string of Western businesses have curtailed operations in Russia or withdrawn from Russian markets altogether. Starbucks, McDonalds and Coca-Cola announced this week they would pull back.

Bourla also said that the company’s exposure in Russia is limited, and that any financial fallout from the war will be “very minimal” to Pfizer’s bottom line. Less than half a percent of the company’s total revenue comes from Russia, Bourla said.

He told Brennan that he does not expect supply chain delays or any price pressure to result from the conflict.

“We are very independent in terms of our supplying our ingredients from those parts of the world,” Bourla said. “We do not expect to see in the world any disruptions, right now at least, because of this war.”