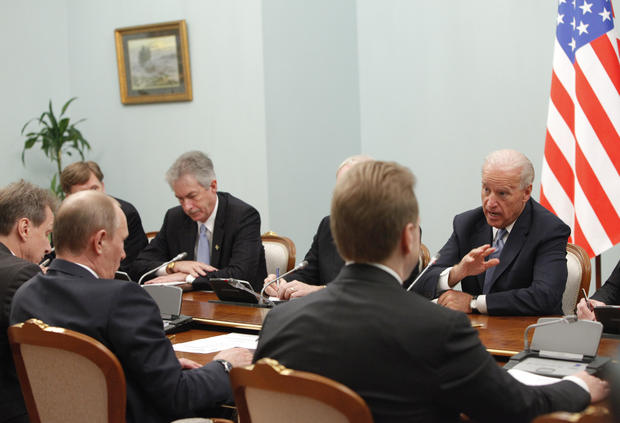 Moscow — Russian President Vladimir Putin on Tuesday congratulated Joe Biden on winning the U.S. presidential election in November, saying he hoped the countries could set aside their differences to promote global security. Putin wished the U.S. president-elect every success and said that, “for my part, I am ready for collaboration and contacts with you,” according to a Kremlin statement.

The Russian president was one of the last remaining leaders of major world countries to have held back on congratulating Mr. Biden, who was confirmed as the next U.S. president by the Electoral College on Monday.

Officials in Moscow, including the country’s elections chief and foreign minister, had earlier criticized the U.S. elections process, describing it as archaic and not representative of the will of the people.

In his congratulatory telegram to Mr. Biden, Putin said that their countries “bear special responsibility for global security and stability.”

He said he was confident that Russia and the United States could, “despite their differences, really contribute to solving many problems and challenges that the world is currently facing.”

Mr. Biden is expected to take a tougher stand against Russia than outgoing President Donald Trump, who he slammed during the campaign for having “embraced so many autocrats around the world, starting with Vladimir Putin.”

Russia was accused of interfering in the 2016 U.S. election to help get Mr. Trump elected, in the hope he would take a softer line with Moscow. In August, the U.S. intelligence community warned that Russia was again actively seeking to meddle in America’s democratic process.

An intelligence assessment found that Moscow was trying to “denigrate” Mr. Biden, then the presumptive Democratic nominee, and that some actors linked to the Kremlin were trying to boost President Trump’s candidacy ahead of the 2020 election.

Moscow has always rejected allegations of interference in any other country’s politics.

Russia also denied on Monday new accusations that it was behind a significant hack into servers at several U.S. government agencies, including the Treasury and Commerce departments.