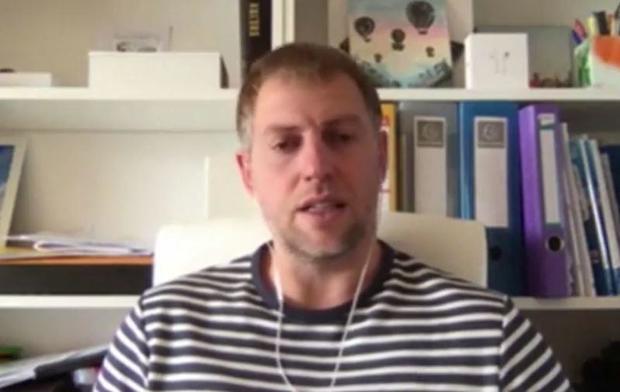 French authorities are investigating threats against an exiled Russian dissident after he reported seeing a laser sight light in a possible assassination bid, a source close to the probe said on Tuesday. Vladimir Osechkin, who leads the Gulagu.net NGO that specializes in uncovering abuses in Russian prisons, is a refugee in France and is based in the resort town of Biarritz on its southwest coast.

Osechkin, an avowed opponent of President Vladimir Putin, said he was targeted on the evening of September 12 when he was at home with his wife and children and working in the dark.

“I noticed a moving red dot on the railing of one of the terraces and then moving towards me on the wall,” he told AFP by telephone. “We turned off the light, lay down on the floor, closed the shutters and called the police.”

He added that police and neighbors had heard shots were fired.

Osechkin said he had been informed in February of an assassination plot against him and was subsequently put under police protection.

He added that 10 days ago, he had also received information that a “Russian criminal world boss” had arrived in France on a mission to kill people in the Biarritz area.

A source close to the investigation, who asked not to be named, told AFP that a probe had been opened into “threats” and not into attempted murder.

The source declined to confirm or deny that shots had been fired.

Gulagu.net rose to prominence in 2021 after publishing videos showing rapes in Russian prisons, as well as testimonies from victims and, extremely unusually, from the perpetrators, leading to the opening of an investigation by the authorities.

Osechkin told the BBC that the protocol followed by the alleged torturers suggests they are well-practiced.

“They are giving signs to each other, acting in silent concert, understanding each other even without words because they are following a well-established system,” he said.

Gulagu.net claims to have more than 1,000 videos showing torture in Russian jails.

Activists and Western governments accuse Russia of being prepared to eliminate opponents abroad, such as the double agent Sergei Skripal, who survived an attempt to kill him with the nerve agent Novichok in 2018. The Kremlin denies the allegations.

Putin’s invasion of Ukraine has prompted a large number of activists, journalists and intellectuals who oppose the war to leave Russia for European Union states including France.