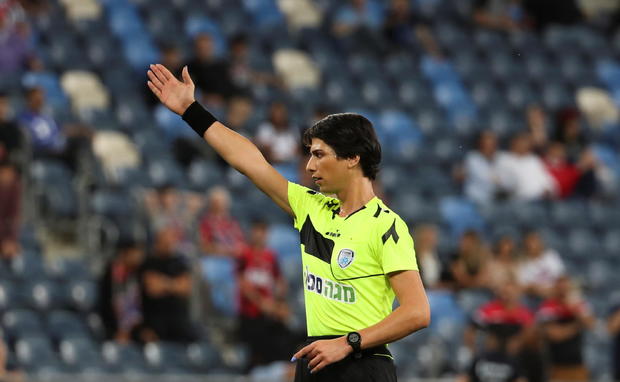 Israeli soccer referee Sapir Berman made history on Monday, after she officiated her first game in the Israeli Premier League since coming out as transgender. One of the top referees in Israel’s marquee soccer league, Berman, 26, took the field for the game between Beitar Jerusalem and Hapoel Haifa, marking the first time a transgender referee officiated the sport in the country.

The Israeli Football Association, the governing body of soccer in Israel, tweeted a photo of Berman refereeing. “This is the first step in a long and wonderful journey,” the association said. “Sapir, we are proud to do it with you.”

Many of the fans who attended the game supported Berman.

“About the new referee, I think it’s it’s very good,” 50-year-old Amit Opper told Reuters. “It can take the soccer [a] step ahead.”

“Everyone can do and can be what they want to be and it’s ok,” said another fan, 41-year-old Ronen Shukarnai.

Berman, who came out last week as transgender, said at the time that she’s always seen herself as a woman.

“I was a successful man,” she said, according to Reuters . “Whether in the referees’ union or in school or with girls. But when I was alone, I was a woman. And I separated between these worlds because I understood that society will not accept me.”

Berman said she has been embraced by players already, noting that they have begun using the feminine form of words in Hebrew when addressing her.