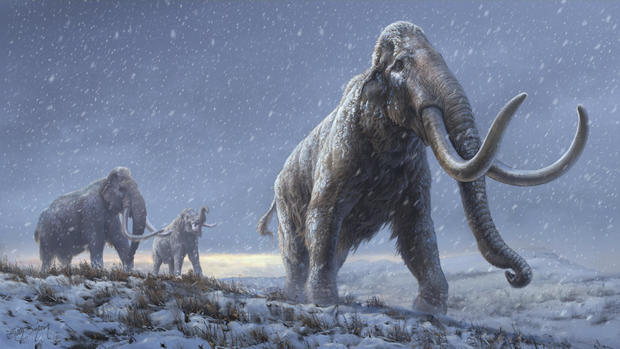 Researchers have recovered the oldest DNA ever found, dating back more than one million years. The achievement marks a milestone in DNA research and shows scientists now have the tools to probe even further back in history than once thought possible.

The DNA comes from the molars of three mammoth specimens from the Early and Middle Pleistocene period from northeast Siberia, according to a study published Wednesday in the journal Nature. The main goal of the research endeavor was to sequence genomes from before and after the origin and evolution of two other branches of the mammoth family tree, woolly and Columbian mammoths.

Based on the locations of the samples, preserved in permafrost and discovered in the 1970s, they have been named Krestovka, Adycha and Chukochya. The Krestovka mammoth is approximately 1.65 million years old and Adycha is about 1.34 million years old. Chukochya, at about 0.87 million years old, is believed to be one of the earliest known woolly mammoths , the scientists said.

Recovering the mammoths’ DNA wasn’t easy. “This DNA was extremely degraded into very small pieces, and so we had to sequence many billions of ultra-short DNA sequences, in order to puzzle these genomes together,” the study’s lead author, Love Dalén of the Centre for Palaeogenetics in Stockholm, said during a press briefing Tuesday. “And it has taken quite a lot of effort to do this.”

Based on the new specimens, scientists have determined that there were two mammoth lineages in the region during the Early Pleistocene. Adycha and Chukochya come directly from the line that eventually led to the woolly mammoth, while Krestovka represents a previously unknown lineage that researchers propose gave rise to the Columbian mammoth, which inhabited North America during the last Ice Age.

Comparing the genomes of the animals, in addition to their descendants, has shed new light on the evolution of the species over time. There were substantial differences between the molars of Adycha and those of Chukochya — and more recent woolly mammoths — in terms of enamel thickness, number and density of enamel plates and crown heights, but it is not yet clear to scientists what factors are responsible for the changes.

Researchers hypothesize the Krestovka lineage diverged from the others around 2.66 to 1.78 million years ago, eventually migrating to become the first North American mammoth. They concluded that the origin of the Columbian mammoth represents a “hybrid speciation event” between woolly mammoths and the lineage of Krestovka.

“Because we have this direct ancestral relationship between the really old genomes toward the younger genomes, this allowed us to trace evolution over time, and we could track back when certain adaptions through the Arctic environments possibly have evolved,” co-author Tom van der Valk said in the briefing. “And what we found is that many of the adaptations that we know woolly mammoths have, such as thermoregulation, changes in their circadian rhythm, fat deposits and hair growth, were already present” in the million-year-old mammoth.

The ability to extract ancient DNA from the Early Pleistocene will now allow researchers to track changes in lineages across many modern species. They noted the importance of studying permanent frozen environments to further uncover Earth’s ancient genetic record.

“Our findings demonstrate that genomic data can be recovered from Early Pleistocene specimens, which opens up the possibility of studying adaptive evolution across speciation events,” researchers said. “The mammoth genomes presented here offer a glimpse of this potential.”