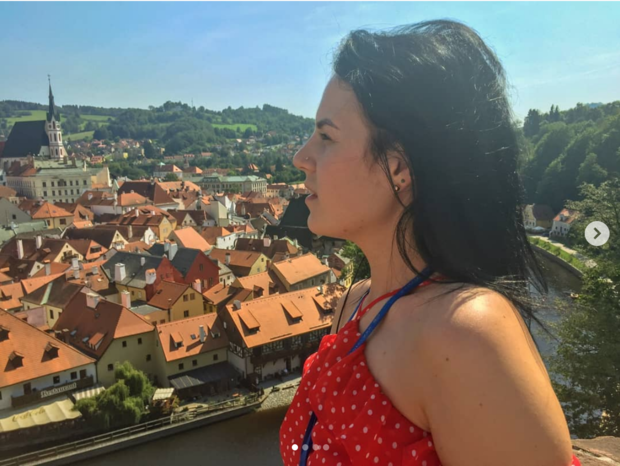 The court also ordered that the Russian state pay over $400,000 in compensation to four women who were brutally attacked by their partners, but ignored by the authorities when they initially sought help.

The majority of the compensation was due, the court ruled, to Maria Gracheva, whose husband threatened her repeatedly after she told him she wanted a divorce. She went to the police, but her complaints were dismissed. Her husband then dragged her into the forest and cut off both of her hands with an ax.

“When women and girls ask me what they should do, unfortunately I can only tell them, ‘Run away. Look for a way out.’ Because the police don’t help,” Gracheva told CBS News in an interview last year .

On Thursday, she said in an Instagram post that she was happy with the EU court’s verdict, and hoped it would raise attention.

“There are many of those who are already dead and can’t tell their stories anymore,” she said in the video.

After the attack, her husband was sentenced to 14 years in jail — in part, Gracheva believes, because of the publicity her case attracted.

“I am very scared of the moment when my husband walks out of prison, because there is no protection for me. When he cut off my hands, he said he would come to kill me. For me personally, that’s terrifying. I am afraid that all this talk will end when I am dead, and then people will remember that something had to be done,” she told CBS News last year.

Not a crime in Russia

“WE WON!” Mari Davtyan, one of the lawyers representing the women, wrote on social media in response to the Tuesday ruling by the EU court.

Domestic abuse was partially decriminalized in Russia in 2017 when the government decided that if a man hits his wife for the first time and she doesn’t need to be hospitalized, it’s an administrative rather than a criminal offense.

If a report is made and evidence is provided, the abuser only faces a potential fine of between about $70 and $300 — which is paid to the authorities, not to the victim or survivor.

Even when abuse becomes so bad that it could be considered a crime under Russian law, it is very difficult for victims and survivors to get help, in the form of restraining orders or other legal protections.

The European Court of Human Rights said there were “systematic problems in securing prosecutions and convictions,” for domestic violence, which it said women in Russia are facing on a “staggering scale.”

The courts said “the failure of the Government to pass legislation to address this problem had led to a continuing climate that was conducive to domestic violence,” and that Russia should, “among other things, introduce legislative and other changes without further delay.”

Reacting to the court’s ruling on Thursday, and the years-long campaign by activists for the laws to be strengthened on domestic violence, Kremlin spokesman Dmitry Peskov was dismissive, saying Russia’s leaders “believe current legislation provides all necessary tools to combat this evil and law enforcement agencies are making efforts.”

“Of course, unfortunate and tragic incidents do occur,” Peskov said, adding: “I don’t want to comment on the decision of the court.”