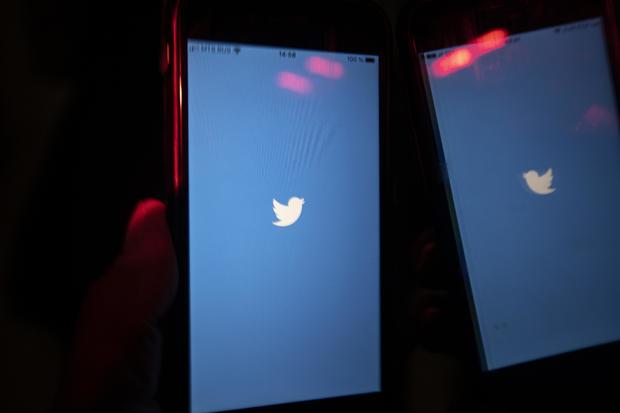 Moscow – Russia’s media watchdog escalated its pressure on foreign networks Wednesday, saying that it was slowing down Twitter’s loading speed for the country’s users. The move marks the latest efforts to limit social media platforms often used by opposition figures in the country.

The state communications watchdog, Roskomnadzor, said that the move was aimed at “protecting Russian citizens” from content encouraging minors to commit suicide, containing child pornography, as well as information about drug use.

The watchdog said it would slow the speed of Twitter on all mobile devices and on 50 percent of desktop computers starting on Wednesday.

It said that the U.S. media company has failed to remove over 3,000 materials with banned content. Roskomnadzor said that access to the media platform could be blocked if Twitter doesn’t comply.

Some Russian Twitter users complained online Wednesday afternoon that they were having difficulties loading photos and videos, but the network was still functioning. CBS News didn’t experience any problems accessing Twitter content in Moscow on Wednesday.

Twitter, along with other U.S. media platforms, is widely used by opposition figures and their supporters in Russia. Russian officials also said Wednesday that the restrictions could be next used against Facebook.

Artem Kozlyuk, the founder of the Roscomsvoboda digital rights group, suggested in an interview with CBS News the officials cite the fight against pornography and drug use, while trying to introduce wider online censorship.

“This is just a cover-up,” Kozlyuk said. “The main thing is to limit access to political content.”

The regulator’s announcement came a day after it was reported that Russian authorities had filed lawsuits against Twitter, Google, Facebook, TikTok and Telegram for allegedly failing to delete posts that urged minors to attend the mass anti-Kremlin protests earlier this year, Interfax news agency reported.

“Failed on all fronts”

Russia has been gradually toughening its legislation on the Internet since 2012. One such initiative was the “sovereign Internet” law, which requires internet service providers to use special equipment – deep packet inspection (DPI) – which enables the government to track and filter content.

Russia’s attempt to slow down Twitter’s speed could be “a showcase of that law implementation,” Kozlyuk said.

Soon after the Wednesday announcement, a number of government websites went down, including ones of the media watchdog and the Kremlin. The access was restored later in the day.

Government officials claimed there was no connection to the measures being taken against Twitter, blaming a malfunction in the country’s major internet provider Rostelecom. But experts believe that it could be otherwise.

Andrei Soldatov, an investigative journalist who co-authored a book on the Russian government’s effort to control the internet, said the efforts to use the country’s technical capabilities didn’t succeed.

“What was meant to be partly a nationwide test of the Sovereign Runet infrastructure, partly a warning to global platforms, (and partly a soothing message to Putin getting emotional), failed on all fronts,” he tweeted .

Several years ago Russia sought to block the popular Telegram messenger app over failure to share encryption information with the special services but couldn’t make the ban work technically and later lifted it.

Russia has previously blocked the LinkedIn social network over the company’s refusal to store the personal data of Russian citizens on Russian web servers. It is currently available in the country only via a VPN.