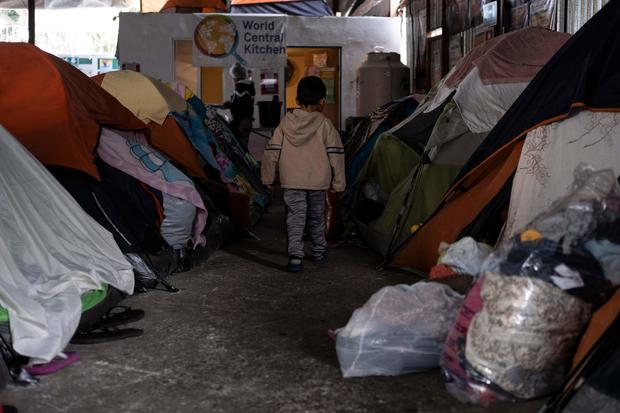 As part of an 11th hour blitz of regulations , the outgoing Trump administration has finalized several asylum restrictions that are set to take effect shortly before or after President-elect Joe Biden takes the oath of office in nine days.

The rules represent President Trump’s last major effort to reshape the U.S. asylum system, which his administration has argued is abused by economic migrants. One set of rules , which was slated to take effect Monday until a federal court blocked it last week, would erect restrictions throughout the asylum process and generally disqualify victims of gender-based persecution, domestic abuse and gang violence from U.S. refuge.

Another rule set to take effect a day before Inauguration Day would revive a policy struck down in court last summer that bars non-Mexican migrants, including unaccompanied children, from applying for U.S. asylum at the southern border. A third regulation , set to take effect two days after Mr. Biden is sworn in, would allow officials to render asylum-seekers ineligible for U.S. protection if they are determined to exhibit symptoms of a contagious disease, like COVID-19, or if they have hailed from or traveled through countries where a disease is “prevalent or epidemic.”

“These rules, if they are actually implemented, will have a devastating effect on asylum-seekers and lead the United States to turn away to people seeking refuge back to the very countries that they have fled,” Eleanor Acer, the director of the refugee protection program for the group Human Rights First, told CBS News.

Michael Knowles, the president of AFGE Local 1924, a union representing thousands of U.S. immigration adjudicators and asylum officers, called the rules a “trio of cruel and inhuman policies.”

U.S. asylum law, largely based on international refugee treaties brokered after World War II, is designed to offer protection to immigrants on American soil who have been persecuted, or fear being persecuted, in their home countries because of their race, religion, nationality, political opinion or membership in a social group.

Last month, U.S. asylum officers were informed of the rules’ implementation dates and told they would receive training and guidance, according to three internal emails reviewed by CBS News. But two U.S. Citizenship and Immigration Services (USCIS) asylum officers said no training or guidance has been forthcoming.

The officers did receive a notice from Andrew Davidson, the chief of the asylum division at USCIS, on Saturday informing them that the rules set to take effect Monday had been blocked by a federal judge and that training for them would be postponed “until further notice.” USCIS spokesperson Joe Sowers said asylum officers “will be trained before they address any cases impacted by the new regulations.”

The rules finalized at the tail of Mr. Trump’s presidency would add additional layers of restrictions to a network of policies that have severely narrowed asylum eligibility and allowed U.S. border officials to rapidly expel people who ask for humanitarian refuge at the southern border.

Mr. Biden’s advisers have said they plan to gradually undo many of the Trump administration’s border policies, including a program that led to the return of 70,000 non-Mexican asylum-seekers to Mexico. But the president-elect and his aides have cautioned that the policy reversals will take time amid the pandemic. He has also yet to say whether he will rescind the asylum limits unveiled towards the end of Mr. Trump’s tenure.

The asylum ban on public health grounds set to take effect January 22 could be suspended by a memo that Mr. Biden’s advisers said will be issued on Inauguration Day to “halt or delay” Trump-era rules that have yet to take effect. The other rules, however, would have to be reversed through the regulatory process, settlements in federal court or by Congress voting, with Mr. Biden’s consent, to invoke the little-known Congressional Review Act .

There’s also the Centers for Disease Control and Prevention (CDC) order that the Trump administration has been using to expel migrants without an asylum interview or court hearing. Mr. Trump’s aides have said the policy has helped contain the coronavirus, but some CDC experts opposed the White House’s efforts to implement it last spring, as they believed there was no public health basis for such a broad measure.

Lee Gelernt, an American Civil Liberties Union lawyer who has filed lawsuits against many of Mr. Trump’s immigration policies, including the CDC order, urged Mr. Biden to take swift action once in office.

“The Biden administration must eliminate the Title 42 policy that was conceived of and pushed by the Trump White House over the apparent strong objection of CDC,” Gelernt told CBS News, using the government name for the border expulsions.

A spokesperson for Mr. Biden’s transition, which has not committed to ending the border expulsions policy, did not respond to requests for comment.

Last month, Mr. Biden’s immigration advisers vowed to create a “fair and humane” system at the U.S.-Mexico border by accepting asylum requests at ports of entry, dispatching funds to migrant shelters, working with nonprofits to identify the most vulnerable migrants, whose cases would be prioritized, and testing asylum-seekers for the coronavirus before allowing them to enter the U.S.

“Overcoming the challenges at the border is going to take time but the president-elect is committed to moving forward as quickly as possible,” a Biden transition official said.

The transition officials also said the incoming administration would assign asylum officers to review the cases of migrants who ask for protection along the U.S.-Mexico border in order to ease some of the burden on the backlog-ridden immigration courts.

A U.S. asylum officer who requested anonymity because he was not authorized to speak to the press said the Biden administration would need to hire more asylum officers to accomplish this objective. He said migrants should have access to lawyers and not be required to wait inside jail-like detention centers while their cases are reviewed, suggesting that complexes where they have freedom of movement may be a more humane alternative.

Boosting the morale among the asylum corps should also be a priority for the incoming administration, the officer said, echoing concerns raised by other USCIS employees who believe Mr. Trump’s asylum restrictions run contrary to international refugee law and America’s image as a safe haven for the world’s persecuted.

“We now need to emphasize our humanitarian mission,” the asylum officer said. “We can never be used again as bricks in the wall, as a deterrent.”