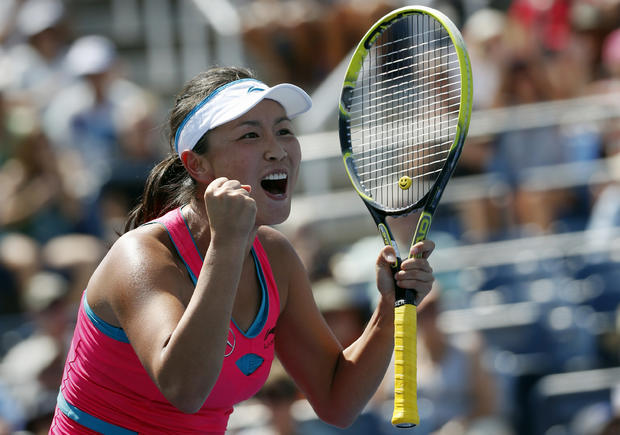 Geneva — The United Nations said on Friday it wants proof of the whereabouts of Chinese tennis star Peng Shuai , missing ever since she made sexual assault allegations against a former vice-premier. The U.N. Human Rights Office called for a fully-transparent investigation into the former Grand Slam doubles champion’s claims against Zhang Gaoli.

“It would be important to have proof of her whereabouts and well-being and we would urge that there be an investigation with full transparency into her allegations of sexual assault,” Liz Throssell, a spokeswoman for U.N. rights chief Michelle Bachelet’s office, told reporters in Geneva.

“According to available information, Peng, a former world doubles number one, hasn’t been heard from publicly since she alleged on social media that she had been sexually assaulted.

“We would stress that it’s important to know where she is and her state, know about her well-being. We think it would be important that there’s an investigation into her allegations,” said Throssell.

Peng, 35, a former Wimbledon and French Open doubles champion, alleged on the Chinese social media site Weibo earlier this month that former vice-premier Zhang had “forced” her into sex during a long-term on-off relationship.

The claims were quickly scrubbed from the Twitter-like platform and she has not been seen since, drawing mounting concern over her wellbeing.

“With regard to the case of Peng Shuai, we are calling for an investigation with full transparency into her allegation of sexual assault. That should be the case into all allegations of sexual assault,” said Throssell. “It is really important to ensure accountability and justice for the victims, people who have suffered terrible trauma.”

China ‘s central government has refused to even acknowledge any concern for Peng, with a Foreign Ministry spokesman sticking to Beijing’s line on Friday that his agency, at least, wasn’t aware of the controversy.

Zhao Lijian told reporters the matter was “not a diplomatic question, and I’m not aware of the situation.”

Despite a mounting outcry from sports stars and others around the world, the International Olympic Committee said in a statement on Friday that experience had taught the organization, “that quiet diplomacy offers the best opportunity to find a solution for questions of such nature,” and declining any further comment.

On Wednesday, China’s state-controlled media published an email that was purportedly sent from Peng to global Women’s Tennis Association boss Steve Simon, stating matter-of-factly that her initial sexual assault allegation was “not true” and that she was not, in fact, missing — just resting.

“The news in that release, including the allegation of sexual assault is not true,” the message said. “I’m not missing, nor am I unsafe. I’ve just been resting at home and everything is fine.”

Simon responded with a statement saying the message conveyed by Chinese media only served to raise further his “concerns as to her safety and whereabouts.”

“I have a hard time believing that Peng Shuai actually wrote the email we received or believes what is being attributed to her. Peng Shuai displayed incredible courage in describing an allegation of sexual assault against a former top official in the Chinese government,” wrote Simon. “The WTA and the rest of the world need independent and verifiable proof that she is safe. I have repeatedly tried to reach her via numerous forms of communication, to no avail.”