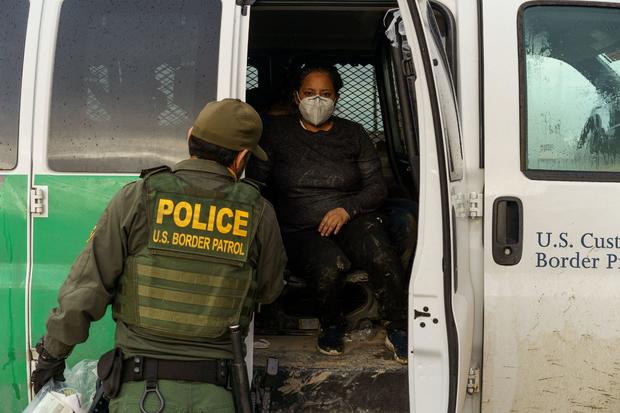 The Biden administration announced Friday it will be prepared to start returning asylum-seekers to Mexico next month under a Trump-era policy it has previously denounced — as long as the Mexican government accepts the returns.

Granting a request by Republican attorneys general in Texas and Missouri, a federal judge in August ordered the Biden administration to reinstate the so-called “Remain in Mexico” border program, which required 70,000 non-Mexican migrants to wait outside the U.S. for their asylum hearings.

While it is appealing that decision and planning to terminate the policy a second time, the Biden administration is currently legally obligated to comply with the August court order in “good faith.” If Mexico agrees to support the policy’s revival, the U.S. could start enrolling migrants in the program “sometime in mid-November,” a senior Biden administration official told reporters Thursday.

“That is conditional on Mexico’s independent decision whether or not to accept those that the United States seeks to enroll in MPP,” the official stressed, using the policy’s formal name: the Migrant Protection Protocols.

To show it is complying with the court order, the administration said it is hiring contractors to rebuild tent courts in Laredo and Bronsville, Texas, where asylum-seekers returned to Mexico would attend hearings on their petitions for U.S. refuge.

Administration officials said they are working on making several changes to the “Remain in Mexico” program to ensure the policy better reflects the Biden administration’s commitment to treat migrants fairly and address concerns raised by the Mexican government.

The proposed changes, the officials said, include ensuring migrants have access to lawyers and legal information; a “general commitment” to complete court cases within six months of a migrant being returned to Mexico; and expanding the categories of asylum-seekers who can be considered too vulnerable to be returned to Mexican border cities plagued by rampant crime and violence.

“Reimplementation is not something that the administration has wanted to do. We are doubling down on the affirmation of our decision to terminate MPP. But in the interim, we are under this obligation of the court. And making sure that individuals, when they are returned to Mexico, are treated humanely is of course one of the highest priorities,” one administration official said.

A Department of Homeland Security memo to terminate the policy once again is expected to be “finalized shortly,” but an administration official stressed that it would not take effect until a higher court suspends the August ruling that mandated the policy’s reinstatement.

The revival of “Remain in Mexico,” even if court-mandated, would represent a crushing setback for immigrant advocates and a remarkable policy shift for the Biden administration, which has promised to reverse Trump-era border practices it has called inhumane and ineffective.

During the Trump administration, migrants returned by the U.S. found themselves living in squalid tent camps, including in areas of Mexico the State Department warns Americans not to visit because of cartel violence and kidnappings. Many reported being extorted, kidnapped, assaulted and raped while waiting for their U.S. hearings.

The Trump administration, on the other hand, argued that Remain-in-Mexico discouraged migrants fleeing economic hardship from crossing the southern border illegally and filing asylum claims that would not be ultimately approved by U.S. immigration judges.

The Trump-era program, which was scaled back during the coronavirus pandemic, was suspended on Mr. Biden’s first day in office. In June, Mayorkas issued a memo formally terminating the policy calling it ineffective and costly.

In his August order mandating the policy’s revival, U.S. Judge Matthew Kacsmaryk said Mayorkas’ memo failed to consider the rule’s “benefits,” including its deterrent effect on migrants who don’t qualify for U.S. refuge.

While it froze the “Remain in Mexico” policy, the Biden administration has continued another Trump-era border rule, known as Title 42, that allows U.S. officials to swiftly expel migrants to Mexico or their home country without allowing them to request humanitarian protection.

That policy, which U.S. officials have said is needed to avert coronavirus outbreaks inside Border Patrol facilities, is currently being challenged in federal court by the American Civil Liberties Union, which argues the expulsions are illegal.