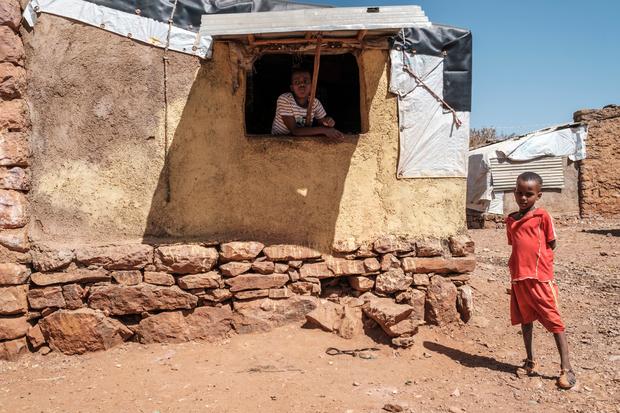 As part of its overhaul of U.S. refugee policy, the Biden administration is planning to offer humanitarian refuge to more children fleeing violence around the world, according to a government report obtained by CBS News.

The report, prepared by the State Department to notify the House and Senate Judiciary Committees of President Biden’s proposal to increase admissions of refugees, committed the U.S. to resettling more unaccompanied refugee minors going forward. Arrivals of these refugee children, who don’t have parents or legal guardians who can care for them, decreased sharply during the Trump administration — and were effectively halted this fiscal year.

“Given European countries’ limited resettlement slots, the United States will be a key-partner to increase resettlement for URMs,” the report said, using the acronym for unaccompanied refugee minors.

A State Department spokesperson confirmed the administration had transmitted the report to Congress, and said the department “will now engage in meaningful consultations” with lawmakers.

The commitment to resettle more children in the U.S. who have fled war and violence abroad is part of the Biden administration’s efforts to rebuild the country’s long-standing refugee program, which was gutted under former President Donald Trump, who depicted refugees as economic and security risks and slashed their admissions to record lows.

The Lutheran Immigration and Refugee Service and the U.S. Conference of Catholic Bishops, the only organizations that work with the government to resettle unaccompanied refugee children in the U.S., said they have yet to resettle any of these minors during the current fiscal year, which started in October.

The Biden administration’s report to Congress noted that this pause in the resettlement of unaccompanied refugee minors comes “just as the global need increases,” noting the plight of minors from the Democratic Republic of the Congo and other African countries plagued by conflict and political instability.

“As one of the few countries with the domestic capacity to resettle unaccompanied minors, an increased refugee admissions number would enable us to process emergency cases of (unaccompanied refugee minors) who have been evacuated from Libya by the United Nations High Commissioner for Refugees (UNHCR) to transit points in Niger and Rwanda, as well as minors facing persecution in Ethiopia and elsewhere,” the report said.

There were approximately 153,300 unaccompanied refugee children at the end of 2019, according to a United Nations report that noted the figure was likely an underestimate. The United Nations refugee agency has identified more than 1.4 million refugees around the world who urgently need resettlement.

Founded in the 1980s, the U.S. Unaccompanied Refugee Minors Program has been a relatively small initiative, but it remains the only one in the world designed specifically for refugee children who can’t be resettled with their parents. More than 13,000 children have been resettled under the program, according to the Office of Refugee Resettlement .

The program places refugee children in foster homes across the U.S., connects them with social workers and provides them financial support, as well as educational, legal and recreational services. The refugees enrolled in the initiative can continue to receive foster care up to age 23, depending on the child welfare policies in the states where they reside.

All refugees receive medical and health examinations before being resettled in the U.S.

“These children are the most vulnerable of the vulnerable,” Ashley Feasley, the director of policy at the Migration Refugee Services branch of the U.S. Conference of Catholic Bishops, told CBS News. “These are children in refugee camps or in urban refugee situations who don’t have parents or guardians or even extended family who can suitably care for them.”

Feasley’s group and the Lutheran Immigration and Refugee Service are calling on the Biden administration to allocate 1% of all refugee spots to unaccompanied children.

This would translate to 625 spots if the administration follows through on its proposal to institute a 62,500-person ceiling for the current fiscal year, and 1,250 spots during fiscal year 2022, when Mr. Biden has pledged to set a goal of resettling up to 125,000 refugees.

“We are the only country in the world who has the capacity, experience and expertise to resettle these children, so there is a compelling moral imperative for the U.S. to lead,” Krish O’Mara Vignarajah, president of the Lutheran Immigration and Refugee Service, told CBS News.

Mr. Trump also narrowed who could be eligible for resettlement, getting rid of regional allocations of refugee spots and instituting categories for specific groups, like people fleeing religious persecution. Last year, the Trump administration said it would no longer accept refugee cases from the United Nations refugee agency that fell outside these narrow categories.

Resettlement groups and the Biden administration said this change halted admissions of unaccompanied refugee children because they have historically been referred to the U.S. by the United Nations refugee agency. In its report to Congress, the Biden administration said it planned to resume accepting individual referrals from the United Nations refugee agency.

The administration is also proposing to return to regional allocation of refugee spots. Mr. Biden’s proposal would distribute 22,000 refugee spots for Africa, 13,000 for the Near East and South Asia, 6,000 for East Asia, 5,000 for Latin America and the Caribbean, and 4,000 for Europe and Central Asia. The remaining 12,500 spots would not be allocated for specific regions.

“This approach would also ensure there is capacity to respond to the particular vulnerabilities of URMs, no matter where they are located, especially because the United States is the only country to offer refugee resettlement in significant numbers to URMs,” the administration said in its report.

Last week, Mr. Biden also ordered the Departments of State and Homeland Security to reinstate an Obama-era program that allowed children at risk of violence in Central America to come to the U.S. under refugee or parole status as long as they had family members living in the country with authorization.

The interagency program, first established in 2014 in response to a sharp increase in border crossings by unaccompanied Central American children, was terminated by the Trump administration.