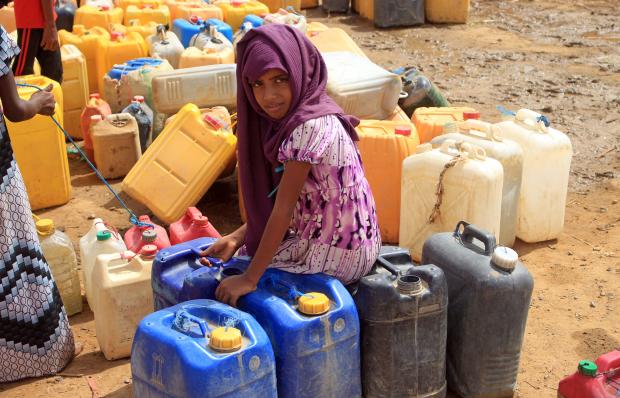 United Nations – The U.N. children’s agency (UNICEF) warned Tuesday that over two billion children around the world will face frequent heat waves by 2050 and that extreme heat poses a severe health threat to children.

“Children, especially young children, are more vulnerable than adults to the effects of extreme heat, which can cause severe dehydration, respiratory trouble and make them more vulnerable to other diseases,” UNICEF Executive Director Catherine Russell said in a new report released Tuesday.

In the report, the agency said infants and young children are more at risk than adults when exposed to extreme temperatures because they’re less able to regulate their body temperature.

With increased exposure to heat waves, children are at greater risk of chronic respiratory conditions like asthma and cardiovascular diseases, according to the report.

“We are calling on all parties to include children and young people within their delegations so that they can access the negotiations that will decide their futures,” Escudero said.

Young people are “handed over the responsibility of taking care of the planet and we don’t carry … the power and the resources to drive the change that is very much needed,” 25-year-old UNICEF Goodwill Ambassador Vanessa Nakate of Uganda told CBS News on a videoconference call.

Fatima Faraz, 16 and from Pakistan, lamented that “we do not have enough resources to work on climate crisis.”

For the U.S., Escudero said heat waves lasting 4.7 days or more affect 22 million children, which is 30% of the U.S.’ child population.

“We also know that extreme high temperatures are also a huge concern for American children with an additional 10 million children expected to be exposed to prolonged temperatures at high levels under the very high emission scenario compared to the current levels,” Escudero said.

The agency recommends that countries adapt critical social services like access to clean water to withstand heat waves and that children be prepared to live in a world affected by climate change. The agency also called for the reduction of greenhouse gas emissions, which scientists have linked to climate change.

According to the new report, by 2050, nearly half of all children in Africa and Asia will face sustained exposure to extreme high temperatures and children in northern parts of the world will face the most dramatic increases in the severity of heat waves.

Escudero said the agency is trying to get young climate leaders on the agenda in Egypt at the upcoming U.N. climate change conference known as COP27.

“Children and young people are most affected by the climate crisis … they are not only demanding change, they are driving it – and they must be at the center of our response,” said Russell, UNICEF’s executive director.

Pamela Falk is the CBS News correspondent covering the United Nations, and an international lawyer.