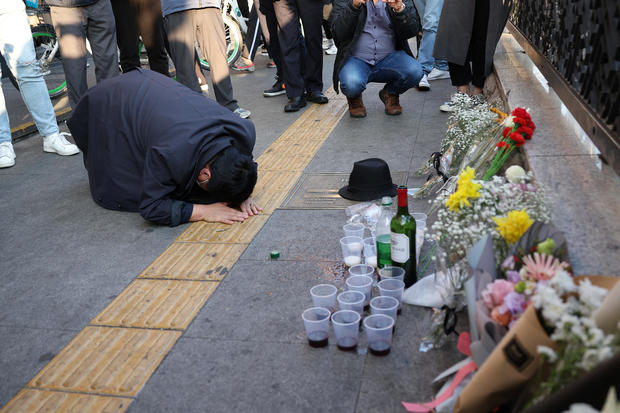 University of Kentucky student Anne Gieske was among the more than 150 people killed when a huge Halloween party crowd surged into a narrow alley in a nightlife district in Seoul, South Korea, the school said Sunday.

Gieske was a nursing student in her junior year, University of Kentucky President Eli Capilouto said in a letter to the community. Gieske was from Northern Kentucky and had been studying abroad in South Korea for the semester, Capilouto said.

Two other UK students and a faculty member who are in South Korea are safe, Capilouto also said.

CBS Lexington affiliate WKYT-TV reported that Gieske was a member of UK’s Korean Language and Culture Club. The organization told WKYT in a statement that Gieske “was a very kind and outgoing person. We all feel sorry to hear about her loss and we hope that she would rest in peace.”

The crowd surge is one of South Korea’s worst disaster in years. As of Sunday evening, officials put the death toll at 153 and the number of injured people at 133. The Ministry of the Interior and Safety said the death count could further rise as 37 of the injured people were in serious conditions.

Ninety-seven of the dead were women and 56 were men. More than 80% of the dead are in their 20s and 30s, but at least four were teenagers.

At least 20 of the dead are foreigners from China, Russia, Iran and elsewhere. Two Americans were among the dead, the U.S. State Department said. President Biden tweeted that he and first lady Jill Biden are “devastated to learn that at least two Americans are among so many who lost their lives in Seoul. Our hearts go out to their loved ones in this time of grief, and we continue to pray for the recovery of all who were injured.”