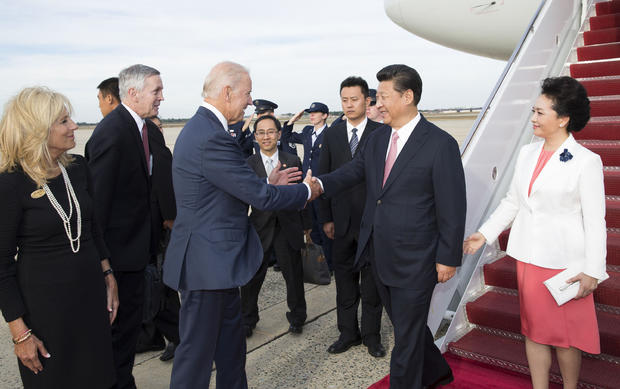 Beijing — When it comes to U.S.-China relations, the Biden administration has inherited a relationship under enormous strain. The two powers have clashed over issues ranging from trade, the status of Taiwan and the origins of COVID-19 .

So, what are the next steps that both sides should be looking to make?

According to Victor Gao, Director of the China National Association of International Studies in Beijing, President Biden’s move into the White House, “creates a very rare and important opportunity for both China and the United States to reengage with each other on the basis of decency and mutual respect.”

Mr. Biden has faced criticism in the U.S. for being liked, even loved by China, especially in comparison to his predecessor who took a hard line on Beijing. But Gao doesn’t believe that critique will hamper the new U.S. leader.

But voicing opposition to China’s policies isn’t unique to Republicans. Leading Democrats, too, have slammed Beijing in recent months for its policies in Hong Kong , and its treatment of Muslim minorities , among other things.

“The Chinese people are not enemies of the American people,” insisted Gao, and he had suggestions for some topics on which agreements might quickly be sought to shore up confidence between the two nations.

“China and the United States need to talk with each other right away to reopen the Consulate General in Houston and the American Consulate General in Chengdu ,” he said, referring to diplomatic posts that were shuttered as relations plummeted last year. “On the basis of these simple approaches, we can move onto other things. For example, climate change. For example, cooperating closely with the WHO in the middle of this pandemic.”

Cooperation on the coronavirus crisis, however, may be difficult. Not least because Beijing is pushing the theory, without any apparent scientific basis, that COVID-19 originated elsewhere in the world.

“I think it will be unfair if, for example, the interest in conducting the investigation [into the origin of COVID-19] is based on the premise that China created the virus or the virus only originated in China or in Wuhan,” said Gao. “We know now that many countries, including, for example, Spain, Italy, France, Japan, et cetera, in scientific journals, reported the discovery of the virus prior to the breakout.”

“President Xi Jinping has met with Joe Biden many times before,” said Gao. “I think they can get along.”

One big question now is when the two men’s next face-to-face meeting might take place. It was two-and-a-half months before President Trump met Xi, and four-and-a-half for President Obama.

China’s borders are currently sealed off to nearly all non-citizens because of the coronavirus.

In the U.S., Mr. Biden himself says the epidemic will get worse before it gets better, so Xi may be forgiven for wanting to wait it out.