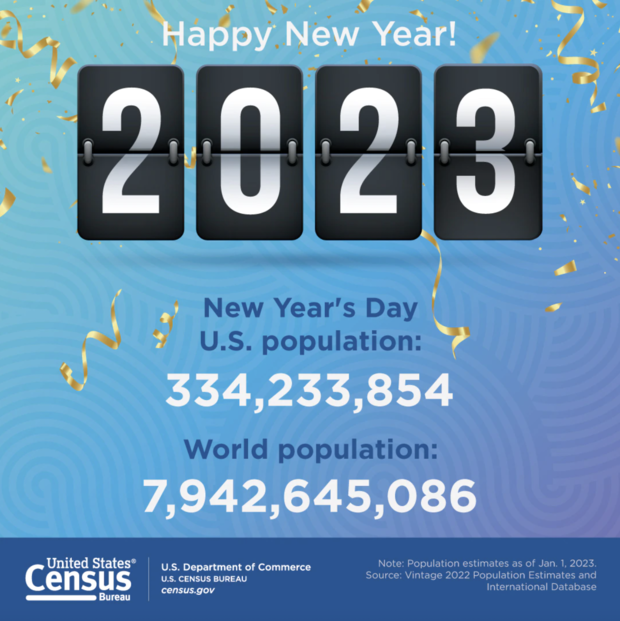 The global population is projected to be over 7.9 billion on New Year’s Day, the U.S. Census Bureau announced. That means the world’s population will have increased by almost 1%, or more than 73 million people, since New Year’s Day in 2022.

The Census Bureau is also projecting that in January there will be 4.3 births and 2 deaths per second worldwide.

The bureau made estimates for the U.S. population as well, projecting the national population will be over 334 million — an increase of almost 0.5% or 1.57 million more people — on New Year’s Day.

In January, the U.S. can expect 1 birth every 9 seconds and 1 death every 10 seconds, according to the bureau.

Also, every 32 seconds, one person is expected to be added to the U.S. population through international migration.

So, by combining births, deaths and international migration numbers, the U.S. can expect to add one new person to its population every 27 seconds, the Census Bureau said.

The real-time counts of both the world and U.S. populations can be tracked here.